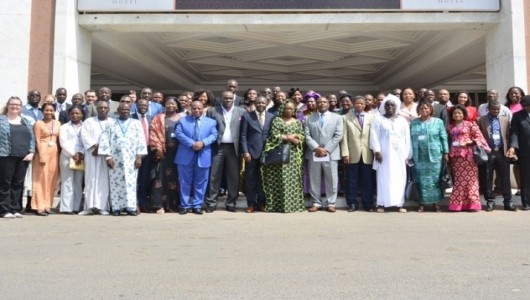 Recently in Dakar, Senegal, UNAIDS and the Alliance Nationale Contre le Sida, or ANCS, held a three-day capacity workshop. This workshop was designed to discuss the continued political, legal, cultural and social challenges that hinder efforts addressing the HIV epidemic in Africa.

Over fifty participants from ten countries across Western and Central Africa, including Burkina Faso, Cameroon and Chad, participated in the workshop.

Leopold Zekeng, deputy director of the UNAIDS Regional Support Team for West and Central Africa, said, “Unless the legal and social environments are protective of the people living with and vulnerable to HIV, people will not be willing or able to come forward for HIV prevention and treatment. Human rights need to be at the core of our Fast-Track efforts towards ending the AIDS epidemic in the region.”

At the end of the meeting, the delegation concluded that human rights and full access to services for everyone in West and Central Africa should be the core of the “Fast-Track” declaration, now named the Dakar Declaration, which aims at scaling up the HIV response in West and Central Africa. With this new plan, one hopes to see positive and significant change—such as erasing AIDS from the region by 2030.

Pakistan’s Commitment to Improve Education What is Action 2020?
Scroll to top