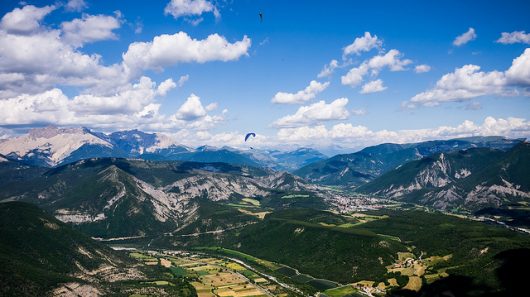 Despite appearing to be a tropical paradise to prospective tourists, St. Vincent’s population faces a harsh economic reality. Its population is currently experiencing a 30 percent unemployment rate while more than 90 percent of the people there don’t have healthcare insurance. The U.S. doesn’t have to sit on the sidelines while conditions fail to improve for those struggling to escape poverty. By reversing these statistics, The U.S. benefits from foreign aid to St. Vincent and the Grenadines.

Drug Trafficking in St. Vincent and the Grenadines

St. Vincent and the Grenadines’ high unemployment and low health insurance rates are primarily consequences of its economic downturn during the global recession of 2008 (St. Vincent had a 0.6 percent decline in GDP) and its subsequent sluggish recovery. In combination with this, the country has experienced difficult agricultural seasons over the years, particularly due to hurricanes, that have resulted in fluctuating yields with a -3 percent growth in 2015 up to a record 14.5 percent in 2016 then down to 1.7 percent GDP growth in 2017.

This is how drug trafficking gained more ground within St. Vincent’s borders. Faced with uncertain incomes year to year, an increasing number of desperate islanders have sought work growing marijuana, participating in the narcotics trade from Venezuela or both. So much so, that The U.S. State Department’s 2018 International Narcotics Reports claims that “St. Vincent continues to be a primary source for cannabis in the Eastern Caribbean.” Faced with no income or health care, illicit trafficking has become a necessary means for survival.

The drug trade has become a serious foreign policy issue for The United States along its southern border. Drugs, such as cocaine and marijuana, not only enter The U.S. through Mexican land routes but now increasingly so through Caribbean countries like St. Vincent. Drug traffickers rely on yachts, “go-fast” boats, fishing vessels and cargo ships for transporting illicit drugs up The Caribbean to The U.S. or Europe.

US  Foreign Aid in St. Vincent and the Grenadines

The U.S. Department of State and The U.S. Agency for International Development have both implemented foreign aid projects meant to improve conditions in St. Vincent while simultaneously strengthening U.S. security. This is one example of how The U.S. benefits from foreign aid to St. Vincent and the Grenadines.

The U.S. Agency for International Development has embraced a youth-centered strategy that employs the use of programs such as the Skills and Knowledge for Youth Project (SKYE), The Community, Family and Youth Resilience Program (CFYR) and the Liberty Lodge Boys Training Center. All of these U.S. sponsored programs provide funding and training for youth to get an and education and to find employment while also receiving healthcare benefits.

In particular, SKYE provides 2,000 youth in The Caribbean with counseling, employment skills training and rehabilitation services. Similarly, CYFR intends to seek out evidence-based solutions to local issues through community involvement, greater access to employment and a reformed law enforcement system. The Liberty Lodge Boys Training Center, funded and supported by USAID, has recently been re-established in order to ensure that young men will have access to education and employment and be able to provide for their families.

While these programs and initiatives are fairly young, they do have the potential to have a significant impact on the people of St. Vincent and the Grenadines. All utilize local resources with the goal of strengthening local authorities and leaders to become self-sustaining.

Another way that The U.S. benefits from foreign aid to St. Vincent and the Grenadines is through a more secure Caribbean. The U.S. Department of State has teamed up with The Department of Defense to build and maintain a stronger government and create more security in The Caribbean. This joint venture between The U.S. and The Caribbean nations is known as The Caribbean Basin Security Initiative (CBSI). The CBSI demonstrates an overlap between U.S. humanitarian and U.S. security policies.

Since 2010, The U.S. has committed $437 million in funding to the CBSI with three significant goals in mind.

The DEA reported seizing 658.18 kg of cocaine and 267 metric tons of marijuana during the first 9 months of 2017 thanks to efforts to upgrade security measures in the area. Furthermore, they have seized $1.3 million in drug proceeds, which is used on programs to further support the country’s efforts to stamp down on drug trafficking. The funding provided by the CBSI has also led to the building and funding of new rehabilitation clinics throughout St. Vincent in order to help reduce drug addiction.

Here, poverty and security have become one in the same. U.S. foreign policy advocates are utilizing security policies and funding to better protect the people in The Caribbean while, at the same time, protecting those at home in The States. Moreover, creating better living conditions for the citizens of St. Vincent, especially the youth, is viewed as a necessity to securing The Caribbean from illicit trafficking within and outside the region.

The U.S. benefits from foreign aid to St. Vincent and the Grenadines precisely because of the fact that it strengthens regional security in the Americas. Initiatives, such as the CBSI and CFYR, demonstrate that foreign aid and poverty reduction are vital tools within U.S. foreign policy. St. Vincent and the Grenadines may be a tiny blip on the map, but with U.S. foreign aid, it could have a substantial impact on the Americas.