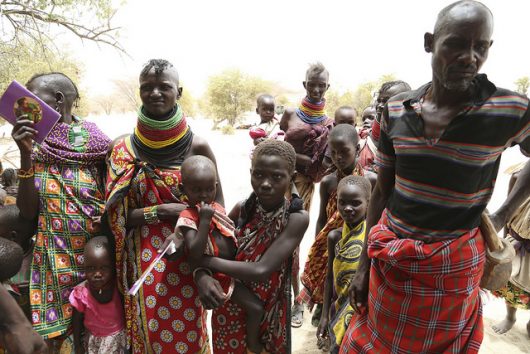 According to most of the international media coverage, the situation in South Sudan is hopeless. When it became the 54th country to join The African Union on July 11, 2011, there was hope that the decades of violence and poverty that had plagued the southern end of Sudan would become a memory. But, two years into South Sudan’s formation, a civil war broke out between the country’s two most powerful politicians–President Salva Kiir and his former Vice-President turned-rebel-leader Riek Machar. The war has been ongoing.

How the Media Misrepresents South Sudan

Despite the problems that plague South Sudan, there has also been a lot of good news coming out of the country; however, the public rarely hears about it. This is because of how the media misrepresents South Sudan. The international media is more likely to focus on the tragic than on the uplifting.

Most outlets have not covered the all-woman police unit from Rwanda that was just sent to South Sudan as part of The U.N. peacekeeping mission or American actress Ashley Judd’s recent visit to a maternity hospital in a U.N. camp in the country to empower women who have been victims of sexual assault. Instead, the media misrepresents South Sudan by pumping out stories that resort to a familiar narrative: tribal groups fighting and killing one another.

Often, articles are filled with stereotypes and simplistic generalizations. For much of the world, the only representation or knowledge of the Sudanese is of suffering. For example, one recent article in The Guardian is titled: “Born out of Brutality, South Sudan, the World’s Youngest State, Drowns in Murder, Rape and Arson.” The problem with this type of language is that it can make the reader feel helpless, unable to enact change.

Sensational headlines also dehumanize the people behind the images. While the horrors that the South Sudanese are facing must be recognized, it is equally important to acknowledge the moments of hope, the small victories and the people who are trying to rebuild their lives amid the chaos and violence. Here are two recent events in South Sudan that many people haven’t heard about due to how the media misrepresents South Sudan.

On June 28, President Salva Kiir sat down at the capital with his former vice-president and the country’s largest rebel group leader, Riek Machar. It was their first meeting in two years. After five years of civil war, they announced a permanent cease-fire. While the ceasefire agreement has not been altogether effective, (fighting resumed soon after it was implemented), this agreement has other benefits that can help the South Sudanese people.

Most importantly, the agreement allows humanitarian aid to resume, which has slowed in recent years in part due to the fact that South Sudan is one of the most dangerous places in the world to be an aid worker. The U.N. Humanitarian Response is calling for 1.72 billion in aid for South Sudan in 2018. As of July, donor countries have already contributed $706 million.

In May, over 200 children were released by armed groups in Pibor County, Jonglei, bringing the total number of children released up to 806 since the beginning of 2018. Many of these children were child soldiers who are now receiving medical and psychological care. It is expected the in the upcoming months that more than 1,000 children will be released.

Mahimbo Mdoe, UNICEF’s Representative in South Sudan, said that “Every time a child is released and able to return to their family, it’s a source of great hope – hope for their future and for the future of the country.” The challenge now is how to reintegrate these children into civilian life and create opportunities for them to succeed in an unstable country with limited employment and educational opportunities.

Ignoring or glossing over the good news is a good example of how the media misrepresents South Sudan. And in doing so, the media fails to acknowledge hopeful events like the two listed above that may lead to peace. In the coming months, it will become apparent whether or not Kiir and Machar’s agreement holds any weight. Regardless of the result, fair media coverage of these events along with coverage on the way people are making a difference in the country is crucial to the public’s understanding of what is going on in the country.