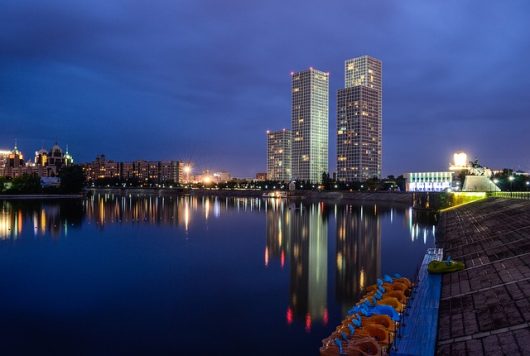 Kazakhstan, located in Central Asia, has long been viewed by the world as a post-communist, backward state — politically oppressive, economically regressive and socially intolerant. This image is an example of how the media misrepresents Kazakhstan, displaying it as a totally different world from that of developed Euro-American countries.

How the Media Misrepresents Kazakhstan

A close examination of the lives of people in Kazakhstan and of its actual political and economic situation, including the perspectives of diverse sources, reveals how the media misrepresents Kazakhstan, fueled by the after-effects of the Cold War. Many people, especially in the U.S., received misrepresentative information about Kazakhstan from the American comedy film “Borat,” a parody of Kazakhstan’s culture rather than an accurate portrayal.

However, slow but apparent democratic progress in Kazakhstan has been recorded. It has been previously hindered because of the state of total economic collapse after the breakdown of the Soviet Union in 1991. Since then, however, its economy has flourished and Kazakhstan is now an upper-middle-income country, according to the World Bank.

Democratic development in Kazakhstan includes the Secular Constitution established in 1995, which outlines a separation of powers of the executive, legislative and judicial branches. Elections were also delivered in a multiparty parliament in 2012.

Further Progress in the Nation

In early 2016, Kazakhstan launched the Fostering Productive Innovations Project in cooperation with the World Bank. This is where ongoing science commercialization projects based on international standards of scientific excellence and high commercialization potential were developed.

In addition, Kazakhstan launched its first ever five-year program for Digital Kazakhstan 2020 which aims at creating the “Digital Silk Road.” This will provide support for the development of digital infrastructure and invest in human capital.

How the media misrepresents Kazakhstan extends to the nation’s political, economic, social and technological development. It is easy to dispel these cultural myths about Kazakhstan after looking into this exotic land through the lens of objective historical and social analysis.

How to Stop Poverty: Seven Effective ActionsThe Top 10 Most Important Facts About Poverty in Haiti
Scroll to top