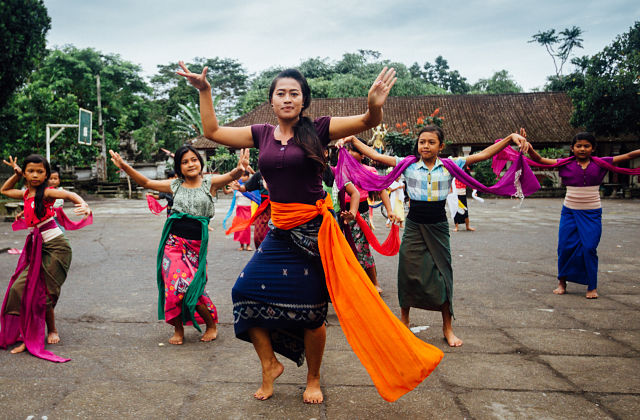 Western media often sensationalizes stereotypes of Asian countries including one of the most diverse and beautiful scenic spots in the world, Indonesia. There is a tendency to depict it as a poor, uneducated country with Islamic extremists and rising cases of drug trafficking: that’s how the media misrepresents Indonesia. What the media does not highlight is the economic growth the country has made and consistent efforts by the government to ensure that the rest of the world sees the country differently from what the media depicts it to be.

Media Misrepresents Indonesia and its People

The media misrepresents Indonesia by showing poor children on the streets with no shelter and no food. Although 10.2 percent of Indonesia’s population lives in poverty, it is a generalization to call it a poor nation. It is worth noting that Indonesia has the highest middle class in Southeast Asia and “the average disposable income is expected to increase 3-5 percent annually.” The Indonesian government has made it a goal to focus on the issue so that the country can achieve less than 10 percent poverty rate.

Furthermore, the media highlights the presence of only uneducated people who do not have access to quality education. The country’s government has proved its commitment to educating its people, specifically in the last few years, spending significantly on education. The number of high school students has doubled in the last five years. In fact, all Indonesian kids are required to have at least nine years of compulsory education, and therefore more students are going to university.

The media often portrays Indonesia as a conservative, traditional Islamic country. While we only see stories of ISIS members and the actions of extremists, 87 percent of Indonesia’s population is Muslim and the majority of them wants the rest of the world to know that the actions of a small percentage of extremists do not represent all Indonesian Muslims. In fact, most people are not aware that, by law, Indonesia is a secular state. In other words, Indonesia is not even an Islamic country: it just holds the largest amount of Muslims in the world.

Western media also neglects the progress Indonesia’s people are making to combat stereotypes. For example, in 2014, a group of Muslim girls formed a heavy metal band called Voice of Baceprot to show the world that they can wear the hijab (Islamic headscarf) while expressing their individuality. Firdda Kurnia, a member of the band adds, “I think gender equality should be supported because I feel I am still exploring my creativity, while at the same time, not diminishing my obligations as a Muslim woman.”

There is a clear disconnect between Indonesia and the western media. When the media covers the country, there is an obsession with feeding stereotypes. News reports fail to mention the efforts of the government in raising the standard of living and promoting their culture or that it is a country whose national motto is “Unity in Diversity.”