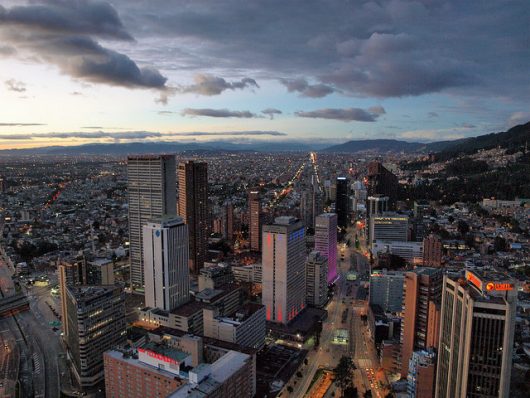 Ever since the rise of drug lord Pablo Escobar in the 1980s, Colombia has been an easy target for negative media portrayals and has been susceptible to misrepresentation. Movies and TV shows provide the best examples of how the media misrepresents Colombia, because they often show the country as a war zone filled with drugs.

Although this may have been true at one time, it is no longer the case, and the media’s depiction of the past should not be mistaken for the present state of the country.

How the Media Misrepresents Colombia: Drug Lords and Cocaine

Hollywood has portrayed the lavish life of Colombian cartel leaders and the danger of Colombian guerrilla groups for many years; however, the Netflix show Narcos, which is a great example of how the media misrepresents Colombia, has recently brought more attention to the country’s dark past and has sparked an interest in Pablo Escobar, along with the Cali and Medellin cartels. The show now attracts more than three million viewers.

Pablo Escobar’s son, Sebastian Marroquin, has spoken out against Narcos for glorying his father’s crimes. “Series about narcos have turned my father into a hero and given young people the idea that it is cool to be a drug trafficker. I am not against telling stories, but I am against glorifying criminals and showing trafficking as glamorous,” he told El Periodico.

When an advertisement for Narcos was displayed in Madrid’s central square, Colombian President Juan Manuel Santos spoke out against the show in a radio interview by saying, “we Colombians lived the drama of Pablo Escobar and that suffering still hurts. Escobar should not be held up as a hero and honoring [him] goes against everything that is right.”

In addition to shows about Pablo Escobar, the American media widely covers the activity in drug-producing countries like Colombia; however, the abundant supply of drugs only continues if it is met by a demand for drugs in first world countries. Many of the people producing coca leaves are farmers looking to put food on the table for their families.

It is true that Colombia produces the majority of the world’s cocaine, but if people around the world were not consuming it, the supply may not have continued for this long. For instance, in a Washington Post article that covers cocaine use in the United States, the author places blame on Colombia’s producers and smugglers, yet only speaks of the consumer briefly by stating the rise in consumption and wraps it up by saying, “This surge in consumption can be traced directly to Colombia’s bumper harvest,” instead of further analyzing other factors that could result in an increase in American drug consumption.

The Reality: Peace and Development

A lot of good things are happening in Colombia, but the media ignores these events because they are not as exciting or dramatic as the war on drugs. A new era is here for the Colombian people and it deserves as much coverage as the war.

In 2016, the famous Colombia Peace Treaty put an end to a 52-year war between Colombia’s Armed Revolutionary Forces and the government. Additionally, the government is also carrying out negotiations with ELN, another armed guerrilla group which has caused violence in the country for decades. This led to President Santos being awarded the Nobel Peace Prize in 2016.

The newly gained political and economic stability has opened up the country for business. The poverty rate in the country has fallen from 20 percent in 2001 to 4.5 percent in 2016. According to the World Bank’s 2017 ease of doing business report, Colombia ranks 53rd out of 190 countries, ranking only below Mexico in Latin America. Additionally, the country seems to be moving forward with technological development. In 2012, Medellin was named the innovative city of the year.

This is one of the common themes in how the media misrepresents Colombia. While it would be incorrect to claim there are no drugs or conflicts in Colombia, it is also incorrect to claim that cartels are operating at the same scale as they were in the 1980s and 1990s. The Medellin and Cali cartels were dismantled when the Colombian government, along with the U.S. government and DEA, carried out the assassination or incarceration of their leaders.

Although drug production continues, a violent drug empire that attempts to control the government, such as Pablo Escobar’s, no longer exists. Even though Colombia was considered a fragile state for years after Escobar’s death, ranking 14th in the 2005 Fragile State Index, it has now fallen to 71st in 2018. Colombia’s safety has improved greatly in the past 20 years.

As of January 2018, the U.S. Department of State has upgraded Colombia to a Level 2 country for travel after being considered a Level 3 country for many years. This means that instead of being a country that Americans should reconsider traveling to, it is now considered a country that can be visited with reasonable caution. Additionally, the New York Times has named Colombia as one of the top places to visit in 2018.

The media represents Colombia as it was in the 1980s and fails to report on the many changes that the country has undergone since this tragic time. The Colombian people are ready for a new chapter in their nation’s history and the media should accurately represent their efforts to close the chapter on war and drug trafficking and beginning an era of peace and stability.