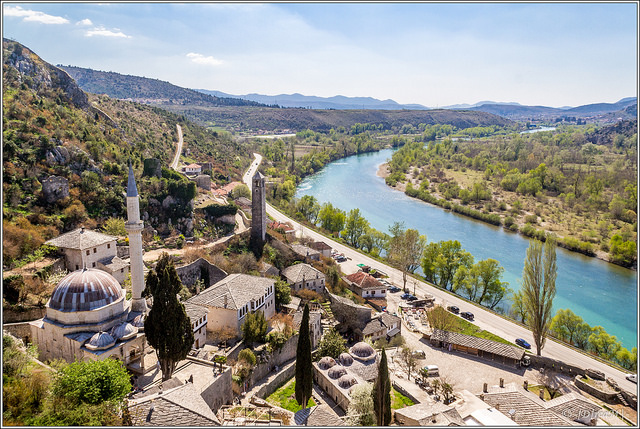 Bosnia and Herzegovina is a beautifully scenic country filled with small towns, cultural experiences and long-standing traditions. However, it is also a country with a history of genocide, poverty and weak government and oftentimes, the media zeros in the most on the latter aspects. The following is a discussion on how the media misrepresents Bosnia and Herzegovina.

Bosnia and Herzegovina has a relatively high crime rate due to petty thefts, violent crimes and even organized crime — a normalized idea in the country. Since the Bosnian War, the country experienced divisiveness and a near 20 percent of Bosnians live in poverty. The destruction of homes, buildings and infrastructure from the Bosnian War served as a large contributor to these societal occurrences. For context, these numbers compare to a United States poverty rate of 12.7 percent in 2016.

Currently, Bosnia and Herzegovina experience residual ethnic tensions leftover from the Bosnian War. This has, at times, filled the country with a great amount of division, especially regarding the current elections which brought ethnic divisions to the surface. To add fuel to this fire, refugees from Syria, Afghanistan and Pakistan have started entering Bosnia and Herzegovina in droves. This has rocked the balance of the country’s seemingly low ethnic tolerance.

However, despite these facts and how the media misrepresents Bosnia and Herzegovina, the country prides itself on its religious and ethnic diversity. This is most apparent when speaking with everyday citizens, as opposed to conversing with extremists or minority members.

In an interview with a native to Bosnia and Herzegovina, Sanela Hotic, whose family was not only displaced by the Bosnian war but experienced the loss of both her father and brother, expresses memories of her hometown of Bratunac. She recalls it being, “very peaceful and quiet,” saying, “everyone got along and were unified by a sense of community; all parents were everyone’s parents, all kids, everyone’s kids. We were all one.”

She goes on to say that religion did not play a factor in determining whether people got along. In her words, “they just did.” The sense of community spread further than the surface, Sanela explains, citing memories of celebrating both Eid, an Islamic holiday signifying the end the fasting period of Ramadan as well as Christmas with her Christian neighbors.

There have been several failed attempts at structuring a new government, and none without criticism from media outlets who often fault the nation for its failed attempts. But despite how the media misrepresents Bosnia and Herzegovina for government failures, citizens have not given up on their country and continue to push for better representatives and new laws.

Bosnia and Herzegovina is home to the city of Mostar and its long-standing tradition of bridge diving. This annual event has been a method used for males to impress females for centuries. Within the last few years, the diving tradition has turned into a competition that thousands of people gather to watch.

A “cliff diving” competition, sponsored by Red Bull, will host cliff diving competition finals in Mostar. One can only assume this contest is due to the intense challenge provided by the newly rebuilt bridge of 2003.

If someone is looking for things to do on a visit to Bosnia and Herzegovina, an interesting stop might include the Sarajevo Olympic Stadium. In 1984, the country hosted the Winter Olympics in the capital city of Sarajevo, and the Olympic stadium is still around today and is available for tours that include not only the stadium but also the Olympic mountains.

Further in the sightseeing category is a visit to Guber water in Srebrenica which is said to possess healing effects. This fact is likely due to the high iron content of the water which can be helpful for those dealing with iron deficiency or anemia.

Despite how the media misrepresents Bosnia and Herzegovina, it is a culturally flourishing nation home to many religions, ethnicities and communities bound together by a sense of unity. In the coming years, Bosnia and Herzegovina will continue to rebuild itself while the world watches their continued progress.

Girls’ Education in the Democratic Republic of the Congo World Day Against Child Labor 2018: Actions and Accomplishments
Scroll to top