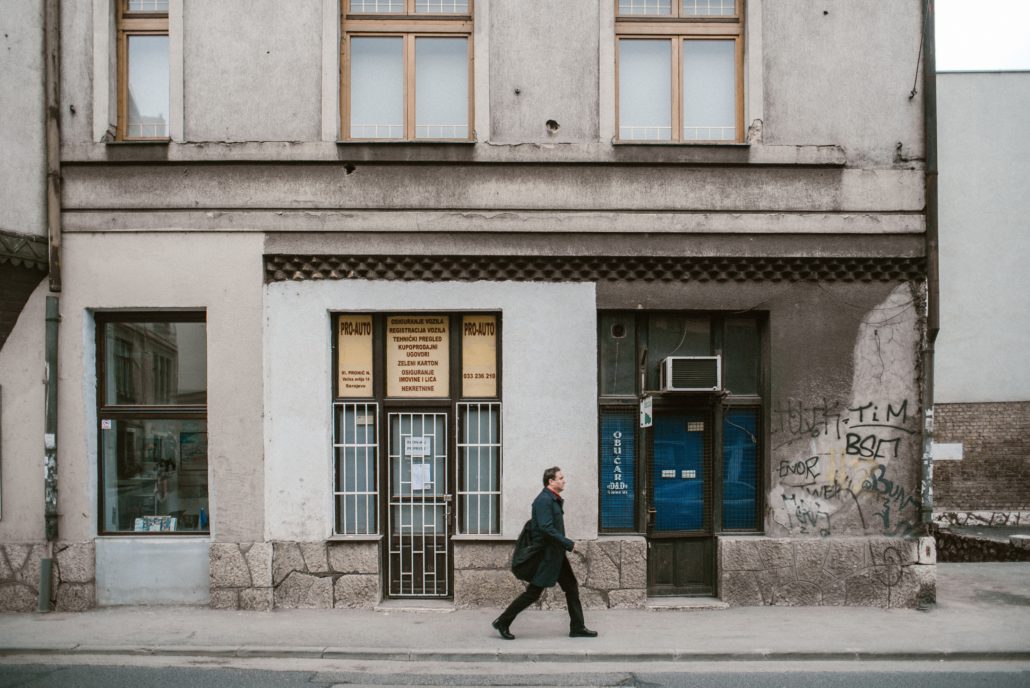 During the Bosnian War, a bloody conflict centered in the Bosnian capital city of Sarajevo from 1992 to 1995 and thousands of citizens experienced immense hunger in Bosnia and Herzegovina. During the war, Sarajevo did not have a connection to the rest of the world, resulting in immediate shortages of food, medicine, water and electricity. Lacking these basic necessities and in constant danger of violence, nearly 12,000 civilians died by the end of the war. Unable to survive on what remained in the country, humanitarian aid efforts saved many citizens through the United Nations, bringing in 160,000 tons of food and other essential goods to Sarajevo.

The end of the war in 1995 brought necessary relief, as well as a new set of challenges as the nation recovered. Unemployment rates rose for the next 10 years, peaking at 31.1% and then steadily decreasing until the worldwide economic crisis in 2008, after which unemployment numbers spiked back to upwards of 28%. This percentage began to fall in 2015, and in 2019, the unemployment rate was 18.4%. This decline has not been without setbacks, however. In 2014, protests and riots broke out in response to the government insisting that there was no hunger in Bosnia and Herzegovina. This statement angered citizens, which followed the closure of several factories which laid off many citizens. They responded by setting fire to multiple government buildings, a scene reminiscent of the Bosnian War just years before.

Although the recent civil unrest indicates otherwise, levels of hunger in Bosnia and Herzegovina have slowly declined over the past 20 years, with only 2.5% of the population currently experiencing undernourishment. Although undernourishment levels are low, the prevalence of stunting in children under the age of 5 is over 8%, a result of poor nutrition. In addition, approximately 20% of the population are children, one-third of which are experiencing poverty and subsequent hunger and malnutrition.

The Effects of Refugees

Although levels of unemployment and hunger are now relatively low, the 2020 COVID-19 pandemic and an influx in refugees entering the country have placed an additional strain on an already fragile system. As of May 2020, over 7,000 refugees live in Bosnia and Herzegovina, presenting the challenge of providing food and shelter for more than the capacity of existing camps. The ability to provide for refugees and migrants is essential not only for refugee safety and welfare but for the economic stability of Bosnia and Herzegovina as they seek to meet the needs of their own citizens. The people of Bosnia and Herzegovina are familiar with the realities of what it means to be a refugee, as many of them experienced displacement during the war. However, local authorities were not prepared for the number of refugees they received, resulting in the need for new plans and structures, while simultaneously addressing their own economic and political needs.

Following the first influx of refugees and migrants entering Bosnia and Herzegovina in 2017, the International Organization for Migration, which had previously established a presence in the country as a result of the 2015 refugee crisis, has been providing support for national authorities and civil society. The organization has established mobile protection teams to assist migrants in vulnerable situations and also provided transportation, food, shelter and other basic necessities as necessary.

Assistance with the current refugee population allows Bosnia and Herzegovina to focus on reducing unemployment and hunger in the nation through the 17 Sustainable Development Goals that the United Nations Development Program proposed. The goals act as a blueprint for nations across the world to end poverty by 2030. The second of these goals focus on eradicating hunger through international cooperation and the promotion of sustainable agricultural practices. Recently, the European Union, in partnership with the United Nations Development Program, allocated 20 million euros to the development and modernization of the agri-food sector in Bosnia and Herzegovina. Although the program is positioned to independently assist countries in implementing the Sustainable Development Goals, strong partnerships with entities such as the European Union are crucial for the goals’ success.

As the fight against hunger in Bosnia and Herzegovina continues, the country must develop additional solutions in order to increase employment rates and promote economic stability. Challenges and unprecedented setbacks may present themselves, but to continue a pattern of success, the nation must search for systems and solutions that will continually strengthen its government and citizens.

Hunger in Moldova: What You Need to Know Food Insecurity and Permaculture in South Africa
Scroll to top