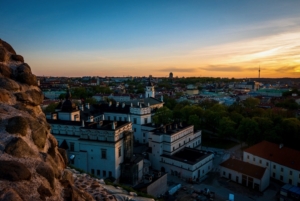 When one thinks of poverty-stricken countries, the first one that comes to mind is not Lithuania. The small Baltic nation, however, has been dealing with serious poverty problems since it became independent in the early 1990s. Lithuania was, in fact, the first republic to break away from the USSR in 1990. In 2009, the economy took a turn for the worse. GDP dropped 15%, interrupting almost two decades of steady fiscal growth. Nonetheless, the recession did not fatally injure the Lithuanian economy. The resilient nation recovered quickly, enlisting the investment of foreign interests in Lithuanian enterprises while capitalizing on the strength of trade relations with Russia, Latvia, and Germany, among other countries.

Lithuania’s seemingly instantaneous recovery from the recession is amazing, especially considering the extremity of the economic downturn in the Baltic states. Her ability to exploit chief exports such as textiles, plastics, and heavy machinery has given the country the diversified type of income that facilitates longterm budgetary growth. What truly sets Lithuania apart though is the shocking rise in the minimum wage that took place last year. In 2012, the monthly minimum wage was raised almost 25% from around 850 litai ($850 US dollars) in January to 1000 litai ($372 US dollars) in December. This has significantly raised the status of the poor in Lithuania, where a measly 4% of the population is now living below the poverty line. Prior to 2009, a little over 20% of Lithuanians were on or below the poverty line, unable to meet basic daily needs.

This change illustrates the way in which a government, faced with insurmountable challenges, can institute economic policies that positively impact the well-being of the working poor. When compared to its neighbor Latvia, where the monthly salary from a minimum wage job does not fulfill minimum subsistence level requirements, Lithuania is doing significantly better. Lithuania did not allow the economic crisis to distract from the problem of the minimum wage, implementing sound laws to raise the status of the poor. In the wake of the global recession, other Baltic countries should follow the example of Lithuania and raise the minimum wage. The poor will be much better off for it.