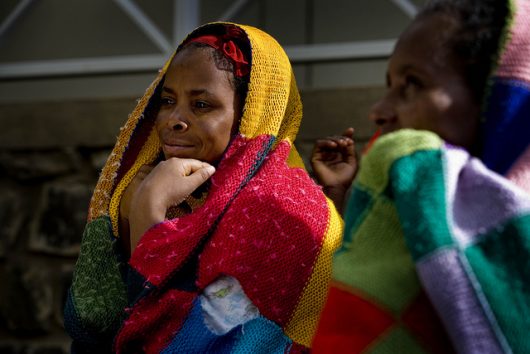 The European Union (EU) is an economic and political coalition of 28 European nations; countless individuals chosen by the state represent his or her nation within the alliance. The governmental body addresses public health, human rights, development, climate action along with numerous other subjects. The European Union is well-known economically, yet they should also be renown for their work to research, inform and prevent diseases, such as HIV/AIDS. The European Union fights HIV/AIDS through surveillance, data and prevention programs.

The World Health Organization (WHO) and the European Centre for Disease Prevention and Control (ECDC) work together to collect data on HIV/AIDS in 31 European states. The surveillance programs allow the EU to monitor groups who are at higher risks to contract the disease, to improve responses to those affected and to learn more about the prevalence of HIV/AIDS.

The European Union utilizes their monitoring techniques to better its “evidence-based action;” for example, if one European country reported lower diagnoses than another nation, they would then be able to statistically analyze which system worked. The country resulting in fewer cases would, therefore, have the more effective approach to decrease HIV/AIDS.

Surveillance programs help the EU understand trends so they are better able to understand the disease and the efficacy of their treatment programs.

In 2016, 29,444 people were newly diagnosed with HIV/AIDS in 31 countries; this number is relatively lower than the predicted 30,000 diagnoses. The prevalence rate currently stands at 5.9 per 100,000 individuals, which is also drastically less than other places such as Sub-Saharan Africa.

The rate among men is higher than that of women; men are currently at 8.9 cases while women are at 2.6 cases per 100,000. These numbers are significantly lower than those of the past; therefore, the surveillance and prevention programs have proven effective.

Due to the high rate of late diagnoses, the EU recognized that there are issues with “access to, and uptake of, HIV testing and counseling in many countries.” The ECDC, which is a partner of the EU, developed the “European Test Finder” to help with locating the closest testing facility.

The European Union fights HIV/AIDS now by allowing quick and easy access to testing. The EU realizes that an early diagnosis can save a life, and locating a testing site is vital in helping those who have HIV.

The EU has also allowed pre-exposure prophylaxis (PrEP), which is an antiretroviral medication that tries to prevent or reduce the likelihood of contracting HIV. France is the only nation that has used this prevention program, and it has proven successful. The EU is trying to make the drug more available across the union.

The “ART regimen” is one of the most efficient ways to prevent HIV/AIDS, and it works to extend the lifespan of someone with the disease. It is also an antiretroviral medication; yet, it is given when someone is HIV positive. This medication could lead to viral suppression, which means that one cannot transmit the disease to someone else.

Another way the European Union fights HIV/AIDS is by using Facebook and Twitter. Social media platforms have been very effective as boosting awareness is crucial to HIV/AIDS prevention programs. The ECDC offers a helpful, digital guide to prevent STI/HIV.

The European Union fights HIV/AIDS by combining surveillance, data and prevention techniques. Although each state may have a different approach to preventing HIV/AIDS, the EU acts as an overarching body that researches and implements the best means to end the disease. The EU unites each country so they can eliminate the disease together.