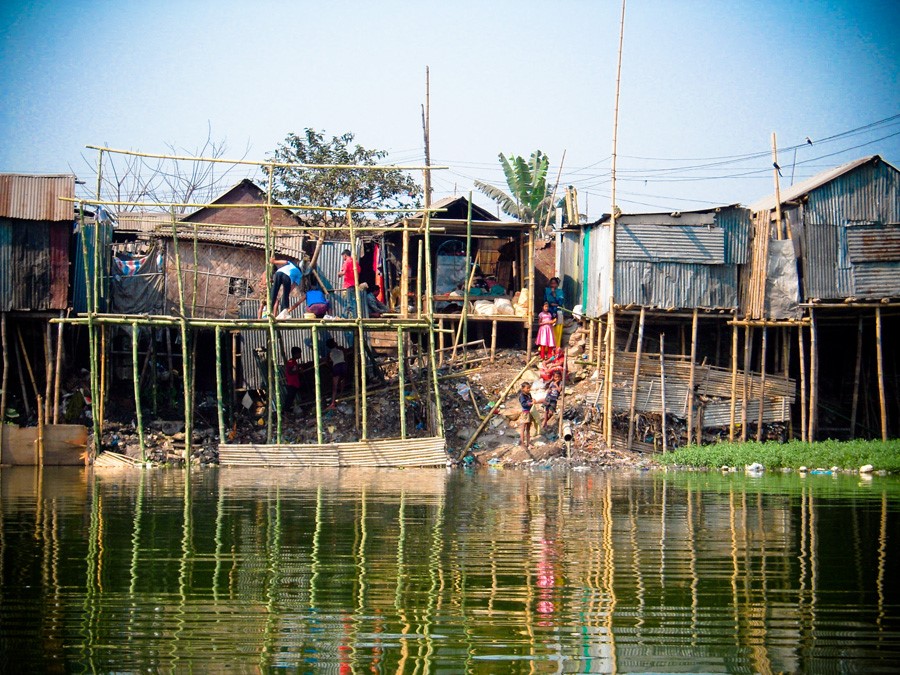 Bangladesh is one of the worlds most populated countries and is also a country stricken with poverty. As of 2018, 21.8 percent of all people in Bangladesh were living below the poverty line. Sixty percent of the inhabitants of Bangladesh live in huts made of tin that become extremely hot in the summer months and in rural areas without access to electricity. Inhabitants of these areas often find it challenging to stay cool in the sweltering summer heat. Luckily, Ashis Paul, a Bangladesh native, invented an efficient, cheap way for people to cool down their homes. His invention, the eco cooler, is changing lives in Bangladesh.

The Way the Eco Cooler Works

The science behind the eco cooler is somewhat simple. The idea of creating the eco cooler came to Paul when he overhead his daughter’s physics teacher giving a lesson about how when a gas expands rapidly, it cools. The more scientific term for this phenomenon is the Joule-Thomson effect which has to do with the gas temperature dropping when it expands rapidly. When the air enters the house through the large end and passes through the small end of the soda bottle, the pressure drops and the cooling occurs, making the air on the inside of the house cooler than on the outside.

Grey Dhaka is a communication company in Bangladesh that teamed up with Paul to spread the news about eco coolers, helping distribute them to civilians. Grey has also posted videos online detailing how to create these eco coolers. Since the birth of this invention, Grey Dhaka and Paul have installed eco coolers in 25,000 homes in Bangladesh and are helping many people fight the extreme heat of the summer months.

The eco cooler is changing lives in Bangladesh. It is a cheap solution for beating the heat and is accessible to everyone, even those living in poverty. Simply making an eco cooler also benefits the planet by providing an alternative use for plastic bottles that would otherwise be considered waste. The eco cooler is a green, sustainable alternative to regular air conditioning and it also helps fight the energy crisis, which has to do with using limited resources to create energy.