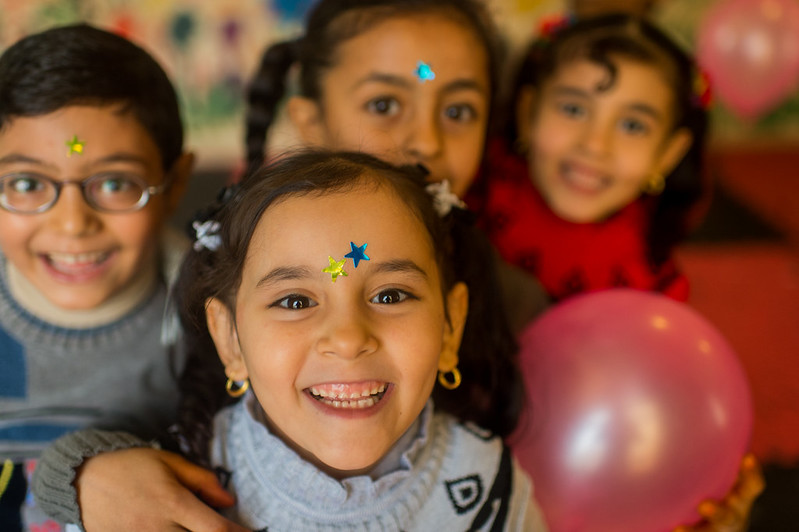 The Syrian Arab Republic is a country in the Middle East with a rich and unique history that goes back as far as 10,000 years. More recently, political instability led to the Syrian civil war, which has created a humanitarian crisis that extends far beyond its borders. Syrian refugees are now found all around the world, having left their country fleeing the war. This has had a particularly severe impact on Syrian children.

Many Syrians have been forced to relocate in order to escape violence and the indiscriminate bombings of roads, schools and hospitals at home. The U.N. estimates that more than 6 million Syrians are displaced outside of Syria, while another 6 million have fled to other parts of the country. In the Northwest region of Idlib, nearly 900,000 Syrians have fled since December 2019.

Although many Syrian refugees have fled to overflowing refugee camps for temporary relocation and safety, others flee to unstable urban settings instead in the hopes of permanent relocation. As many as 70% of Syrian refugees are living in severe poverty.

This humanitarian crisis was recently worsened by the COVID-19 pandemic. Syrian refugees’ need for food, medicine and access to clean water has increased. Delays in importing necessities has reduced refugees’ access to these essential items.

Of all humanitarian aid for the Syrian refugee crisis, only 2% goes to education. An even smaller chunk goes to support early childhood education. Considering that nearly half of all Syrian refugees are children, this aid is essential.

In 2017, the MacArthur Foundation provided the International Rescue Committee (IRC) and Sesame Workshop with a $100 million grant to fund a childhood education program for Syrian refugees. The IRC is an international NGO that has been providing humanitarian resources in Syria since the conflict first began. Sesame Workshop, the creators of the Sesame Street educational program for children around the world, partnered with the IRC to create “Ahlan Simsim,” meaning “Welcome Sesame” in Arabic.

The show will reach Syria, Iraq, Jordan and Lebanon to provide the refugees in Syria and the surrounding countries with quality education. This new version of Sesame Street is provided in both Arabic and Kurdish.

“Ahlan Simsim” has three main characters. Basma is a six-year-old purple muppet with two pigtails. She loves to sing and dance and is best friends with Jad. Jad is also six years old and is a yellow muppet who just moved into the neighborhood. Finally, Ma’zooza is a funny and hungry baby goat who follows both Basma and Jad on their adventures.

These new characters start with the basics: they teach young refugees about fundamental skills, such as emotions and the alphabet. They help their young audience gain educational skills and understand the world around them in a nurturing way. Despite the COVID-19 pandemic, the IRC and Sesame Workshop are still providing technological learning opportunities, resources for local implementation and preschool spaces for safe learning and playing. They also continue to advocate for these essential education programs.

The Syrian refugee population is considered to be the most displaced population in the world. At this point, there are many Syrian children who were born into the conflict and do not know a life without it. The IRC and Sesame Workshop are working to ensure that these children have a stable future in which their lives can be defined by new opportunities.

The Water Crisis in Uganda: Realities and Solutions Gender Violence and Domestic Abuse in Afghanistan
Scroll to top