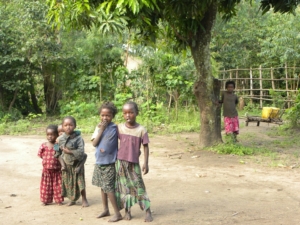 To the west of Somalia and the north of Kenya lies a heavily populated East African country called Ethiopia. Known as one of the least developed countries in the world, Ethiopia has been suffering. The Ethiopian education system has a correlation with the high poverty rates, which are some of the highest in the world. As the second-largest country in Africa, with a population of 105 million, extreme poverty is impacting an abundant amount of people.

Although the country had previous successes during its Civil War, it has a very politically unstable economy. This is largely due to Ethiopia’s location. The country is between some of the most politically unsound countries in the world including Djibouti, Eritrea, Kenya, Somalia, South Sudan and Sudan. The citizens of Ethiopia are almost always in conflict with governmental leaders. Despite this, the Ethiopian economy is the fastest-growing in the world; considering the state of the economy two decades ago and the current state, it is truly inspiring growth. In the past decade alone, the economy averaged a 10.9 percent growth annually.

Although the economy is developing rapidly, poverty rates are very high, with an income per capita of $790. Ethiopia’s poverty line sits at 24 percent. With the growing economy and developing infrastructure, that poverty rate has actually improved from 30 percent in 2011. This national development is likely to further decrease poverty rates.

According to the World Bank Ethiopian Poverty Assessment, the reductions in poverty were largely due to agricultural growth, which supports economic growth. The Assessment explains other ways that the citizens are working to improve the state of the nation and the Ethiopian education system.

Due to the nation’s economic growth and decreased poverty rates, more schools are likely to open, causing enrollment rates to rise. The British Council projects the number of tertiary students in the Ethiopian education system will increase by an additional 1.7 million students by 2025. Further, the World Bank stated that Ethiopia should reach lower-middle-income status by 2025. These growth rates are profoundly promising to the development of the nation.