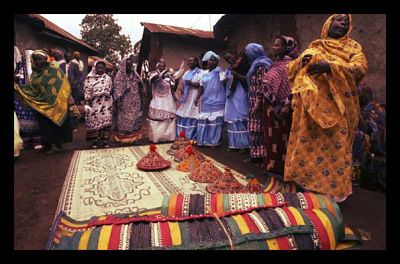 A bill on marriage introduced in the Kenyan parliament has generated outrage amongst Kenyan men. The marriage bill is intended to unify the many and various local marriage laws and customs in the country to a single code. However, in doing so, the bill also strengthens some aspects of women’s rights in the country.

The bill allows for polygamy in Kenya under Islamic and customary traditions. However, the code will stipulate that men disclose the possibility of polygamy to his future spouse prior to marriage. All marriages will also be issued a certificate, even those performed under traditional laws. Issuing this certificate is intended to provide a legal proof of the union. Many marriages performed under traditional customs are not currently issued certificates, leaving spouses without a legal proof of the marriage.

Many wives are unaware that their husband has additional spouses and children until he passes away leaving behind a custody battle for assets. Polygamy is not permitted in Christian or civil marriages.

The majority of negative reactions seem to be caused by a clause stating “damages may be recoverable by a party that suffers a loss when the other party refuses to honor a promise to marry.” This clause seems to imply a man making a promise of marriage is required to follow through or pay for any monetary loss. In Kenya, a dowry is often paid from the prospective husband’s family to his intended wife’s family. The bill limits these payments to “token amounts” in the hope to dissuade poor families from selling daughters into marriage. The bill also sets the minimum age for marriage at 18.

Under Kenya’s 2010 constitution women gained the right to own and inherit land, unprecedented in the country’s history. While the constitution provides additional rights for women, these are often unknown or ignored in more traditional rural areas of the country.

A program launched in 2011 by Landesa and USAID in Kenya engages rural tribal leaders and elders in a discussion about women’s rights and the new constitution. Through this the program has seen progress in male acceptance of women’s rights provided in the constitution. As a result, some areas served by the program have seen increased female enrollment in schools and engagement of women in the community. Engaging community members in a frank conversation about the benefits of women’s rights and their impact is an essential element to gaining widespread acceptance. While many constitutions in sub-Saharan Africa include women’s rights they remain largely ineffective if many rural villages ignore them.