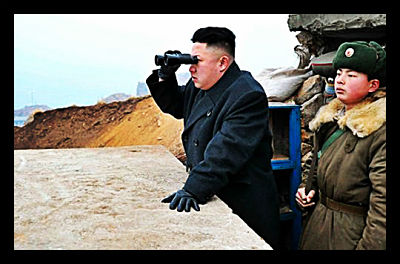 Relying on a significant amount of guesswork and speculation, the Bank of Korea, headquartered in Seoul, produces an annual report on the North Korean economy. Because North Korea does not release economic data, South Korea’s efforts rely on intelligence gathered by the National Intelligence Service and other institutions, and link that information on North Korea to South Korea’s own growth rates. All of this is in order to compare the growth rate of the two countries, and aid in calculating the cost of the distant goal of reunification of the two countries.

The report found that, surprisingly, economic growth in North Korea has actually expanded for the second year running. The economy grew by 1.3% last year, after a growth rate of 0.8% in 2011. While it is hardly an economic boom – and much of the growth is attributed to international donors and an influx of aid after Typhoon Bolaven in August 2012 – sustained growth is nevertheless significant for the beleaguered nation.

However, expected policy changes from a regime that has prioritized economic growth have so far failed to manifest. Thus, the growth has failed to make an impact on much of the North Korean population. Despite an estimated 3.9% growth last year in agriculture, 2.8 million North Koreans still require food aid as the country once again faces severe food shortages.

Per capita income in North Korea resta at about $1200, despite the recent growth. For perspective, per capita income in South Korea is nearly 20 times higher. One further problem with the North Korean economy that the distribution of wealth is not reflected in estimates of per capita income. Much of the wealth of North Korea is located in the capital city of Pyongyang, the one place in the country where reports of economic growth can be believed. And meanwhile, the wealth gap widens and economic growth continues to fail to reach the citizens who would benefit the most.