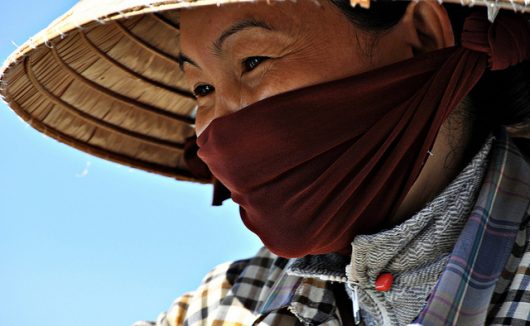 Feeling down or uneasy? It could be time to donate to a worthy cause. A growing body of evidence shows a strong correlation between poverty and multiple forms of mental illness, including depression. The good news is that the inverse is also being proven true; reducing poverty improves mental health, not only for those receiving aid but also for those who provide it. Here are some of the most recent findings on how advocacy cures depression:

According to Spring.org, people in the U.S. have become 5 percent less happy over the past decade, despite average household earnings increasing in the same period of time. The same study determined that Norway and Denmark were the happiest countries, compared to America’s position as the 14th happiest.

“I don’t think Denmark has a monopoly on happiness. What works in the Nordic countries is a sense of community and understanding in the common good,” Meik Wiking, CEO of Copenhagen’s Happiness Research Institute stated by way of explanation. The effects of poverty on depression were shown to be quite clear: the unhappiest countries, which include Liberia, Yemen, Rwanda and Syria are all among the poorest on earth.

The implication of the study seems to add another line to the old adage: money may not be able to buy happiness, but it may be able to buy happiness for someone else in need. Science is discovering that the giver also benefits—one study of 846 people from the American Journal of Public Health found that the act of helping others creates an increased tolerance to stressful life events.

Altruistic acts, such as raising awareness for charitable causes, have been shown to result in numerous psychological and physical health benefits including reducing stress, maintaining a positive life perspective and even boosting longevity.

Crick Lund, University of Capetown psychologist and head of the international consortium called PRIME (Programme for Improving Mental Health Care), is another key researcher in determining how advocacy cures depression. He has dedicated his career to providing mental health treatment for people living in low-income and low-resource areas. His research on the link between poverty and depression is being conducted across five sub-Saharan countries in Africa and is expected to show early results by 2018.

The next time the blues hits, it may be worth considering getting the squad together to volunteer at the local shelter or make a donation to a nonprofit such as The Borgen Project. Since advocacy cures depression, not only will it make life better for someone who truly needs it, it will make the giver feel great too.