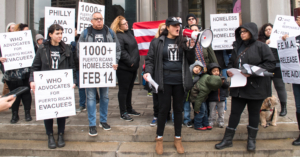 An earthquake registering at a 6.4 magnitude struck Puerto Rico on January 7, 2020. Consequently, families are still reeling from its destruction and records state that it was the strongest earthquake in a century. The aftermath of the earthquake has been unbelievable, causing the homelessness in Puerto Rico to spike. Currently, almost 5,000 residents had to move to homeless shelters. Also, there was at least $110 million worth of damage. In addition to the damage, a mass power outage occurred as a result of the earthquake. Reports indicated that nearly all of Puerto Rico did not have access to power.

The Aftermath of Hurricane Maria and the 6.4 Magnitude Earthquake

The last earthquake to register as strong as this one happened in October 1918. That earthquake registered at a magnitude of 7.3 and it took the lives of 116 people.

The latest earthquake has caused havoc throughout Puerto Rico. The aftermath led to 950 earthquakes and aftershocks throughout the area. This has caused even more issues for those who were already going through hardships. Moreover, these aftershocks caused people to evacuate from their homes and seek new places of shelter. Over 200 people took shelter in a nearby gym after an earthquake on Monday, January 6, 2020. However, the 6.4 magnitude earthquake damaged that building and the citizens had to evacuate again.

Homelessness in Puerto Rico After the Hurricanes

After the earthquake in early 2020, 5,000 residents remained in homeless shelters even after Puerto Rico restored power. In addition, there are still others who choose to sleep outside of their homes, in order to avoid the damage from aftershocks.

In early 2020, IsraAID initially went to the heart of the damage that the 6.4 magnitude earthquake caused to evaluate and determine what its first steps of assistance should be. It determined where teams should go to provide first aid, clean water, sanitation and psychological assistance.

In the case of Hurricane Maria, IsraAID and other volunteers provided food and water to over 6,000 citizens in six different communities throughout Puerto Rico. The organization set up its own mobile clinics and assisted hundreds of citizens in the poorest areas throughout Puerto Rico. Since this was one of the most catastrophic storms in history, there were a lot of mental health issues related to this event. IsraAID provided mental health treatments and psychological support and assistance to citizens.

Initially, IsraAID set out to assist and help in any way that it could. Since then, its efforts have extended into maintaining resiliency against natural disasters. The organization started working on two projects after Hurricane Maria to ensure and create resilience, working with nearby schools and creating a clean water filtration system in the remote community of El Real.

The current 6.4 magnitude earthquake caused chaos adding up to $110 million worth of damage along with increasing homelessness to 5,000 residents. Tourism could help the economy of Puerto Rico recover while Israeli nonprofit organization IsraAID has been of huge assistance to the residents of Puerto Rico. With continued support, Puerto Rico should be able to reduce its homelessness and improve its economy in the aftermath of its most recent devastating earthquakes.