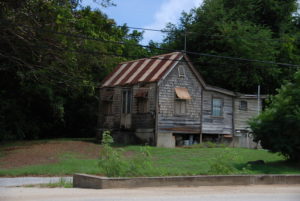 With beautifully clear water, palm trees and blue skies, Barbados is a popular destination for vacationers, with 2.4 million people traveling to the island annually. However, outside of luxury resorts and beaches, about 18% of the native population lives in poverty. Additionally, many experience homelessness in Barbados.

Stigma Regarding Homelessness in Barbados

Vacations and other citizens routinely ostracize homeless Barbadians. Kilvin Cox, a 61-year-old homeless man in Barbados, said, “I have realized society, they can’t do it with me. They don’t show me empathy. I am a living person; I am a quiet man and a lively man; I’m an easygoing man.” Cox says that sometimes when he asks for money at stop signs, doing whatever he can to survive, people yell at him through their car windows because they think he intends to rob them.

Paradoxically, it is often this stigma towards homeless individuals in Barbados that prevents upward mobility. An assessment of the living conditions in Barbados in 2010 reveals that the social ostracization of “vulnerable groups” including homeless people leads to their subsequent exclusion from education, health and other services. This is a vicious cycle that reinforces poverty through the continuation of social and subsequently institutional exclusion.

The problem of homelessness in Barbados is largely due to the unemployment rate, which reached 10.33% in 2019. Much of Barbados’ homeless population is unemployed, such as 74-year-old Horace Gibson. Gibson receives a pension but notes, “you know how pension goes. You gotta buy food, you gotta buy everything! So, it’s really about how you want to live. I just take it easy, and take it as it comes. I try to survive. I don’t trouble nobody.”

There is no single social or institutional funnel that ushers individuals into homelessness. The Rotary Club of Barbados reported that homelessness in Barbados can come about in a myriad of ways, including drugs and alcohol, mental instability, poor management of finances and lack of familial support.

The Barbados government has acknowledged the country’s poverty rate (reported in 2010 at over 19%) which the struggles of people like Cox and Gibson clearly illustrate. In response, Prime Minister Mia Mottley introduced a comprehensive Barbados Economic and Recovery Transformation (BERT) plan in 2018 with the intention of restoring financial sustainability and increasing economic growth. While the program mentions its goal to “protect vulnerable groups through strengthened social safety nets,” it does not specifically define vulnerable groups or mention homelessness in its plan.

Aside from the absence of policies that address homelessness within the BERT plan, the government more broadly does not offer direct support to aid homeless or vagrant populations. Instead, the Welfare Department often refers these individuals to the Barbados Alliance to End Homelessness (BAEH) according to its president Kemar Saffrey. However, despite the government’s apparent reliance on referring those in need to the shelter, it has consistently denied BAEH subvention, submitting proposals annually to no avail.

Although it receives no governmental aid, BAEH is still able to provide programs for the homeless people it serves, including rehabilitation programs, breakfast programs, access to social service agencies, medical services, counseling, educational classes, employment preparation and a shelter specifically for women and children. BAEH’s mission focuses on reintegrating vagrants and homeless people into society through a rehabilitative housing program that enables individuals to enter society in a productive manner. The reported success rate is 78%, but Saffrey warns that the homeless population will continue to increase if the Barbadian government continues to ignore these people, their struggles to survive and the socioeconomic inequalities they represent.