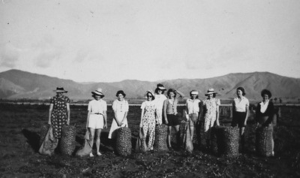 In “one of the most substantial moments for gender equality in New Zealand in decades,” the Equal Pay Amendment Bill was passed by the New Zealand parliament and took effect in November of 2020. This legislation intends to address pay equity, advance previous work toward pay equality and address the gender wage gap. Rather than just addressing gaps between men and women’s wages in the same professions, this bill targets differences between wages in female-dominated professions as compared to male-dominated ones.

Addressing gender wage gaps is key to fighting global poverty for numerous reasons. Not only do women tend to be in lower-paying occupations, but they also lack employment opportunities. Females are also tasked with two to 10 times the care work (housekeeping, childcare, etc.) than men. Research in developing countries shows that women lose out on $9 trillion annually due to economic inequality. As the number of women in paid work increased between 2000 and 2010 in Latin America, overall poverty fell by approximately 30%.

To truly appreciate this victory in fighting the gender wage gap in New Zealand, we can take a brief journey through the nation’s history of work toward equal pay.

Almost two decades later, The Government Service Equal Pay Act was passed in 1960, thanks in part to the lobbying of the Council for Equal Pay and Opportunity (CEPO). The New Zealand government began to investigate equal pay in the country more holistically. The findings of that investigation led to the Equal Pay Act of 1972. This act gave women in both “private and public sectors” equal pay opportunities. By 1985, the gender wage gap diminished by 22%.

During that time in 1957, the collaboration among multiple New Zealand unions including the Māori Women’s Welfare League and the National Council of Women formed CEPO. The group began advocating for equal pay through raising awareness and educating people, political lobbying and more. CEPO was then revived in 1986 as the Coalition for Equal Value, Equal Pay and began work to disrupt male-dominated professions and fight for truly equitable pay for all New Zealanders.

In another effort to move the country toward pay equity as opposed to equality, the New Zealand Government formed the Joint Working Group on Pay Equity Principles (JWG). The JWG developed principles and formal processes through which the government would field pay equity claims.

One of the more structured groups of the women’s liberation movement in New Zealand was modeled after the National Organisation for Women in the United States. Founded in 1972 New Zealand’s National Organisation for Women (NOW) fought not just against the gender wage gap, but for gender equality in all areas of life. This includes legal protections.

Unfortunately, the organization in New Zealand didn’t have the same impact that it did in the U.S. so members decided to help in different ways. Many feminists took to community projects or attempted to tackle the gender wage gap in the corporate world.

New Zealand ranks 6th place in the World Economic Forum’s Global Gender Gap Report for 2020. The Equal Pay Amendment Bill is not only an important step toward eliminating the gender wage gap in New Zealand but a great step toward narrowing gender gaps across multiple national benchmarks. This includes economic, educational, health, or political areas.

Despite a three-year stall in the nation’s gender pay gap, the New Zealand government’s continued focus on equal pay for work of equal value is bound to chip away at that gap and foster poverty reduction.

Sustainability In The MENA Region: Recovery After COVID-19 Greater Chernobyl Cause Helps Children in Ukraine
Scroll to top