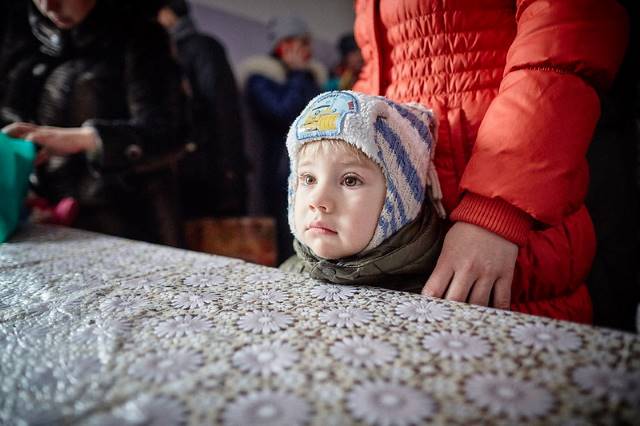 On April 26, 1986, the Chernobyl Nuclear Plant in Ukraine exploded. The disaster occurred because of insufficiently trained operators and a problematic reactor design, leading to the reactor becoming unstable. The resulting fires and explosions destroyed the plant and triggered a 10-day long release of radioactive material that would devastate the land for centuries to follow. The Chernobyl disaster exacerbated poverty and caused long-term health and environmental impacts. The Greater Chernobyl Cause is an organization working to alleviate this issue of poverty in Ukraine, with a special focus on children.

When the power plant exploded, everything within about an 18-mile radius of it was immediately contaminated. This contamination included crops, which resulted in a large food shortage, impacting the agricultural sector. The livestock that consumed crops were also affected. Moreover, nearby bodies of water were contaminated, rendering them undrinkable and contaminating fish and soil.

The destruction of agriculture heavily contributed to the ensuing poverty from the nuclear accident. In the agricultural industry, farmers who relied on crops lost their livelihoods and their source of food security. Ukraine, the “breadbasket of Europe,” was unable to produce and harvest crops due to largely contaminated land. The impact on agriculture affected the entire economy.

The Effects on Citizens

The disaster also severely affected the health of residents near Chernobyl. The people exposed to the radiation from the explosion are at high risk of cancers and radiation-induced conditions. It is predicted that 4,000 people who were exposed 20 years ago may die from cancer or acute radiation. The catastrophe also significantly impacted people’s mental health as many evacuees believed they only had a short time to live because of radiation exposure.

The combined effects of poverty, disease and mental health issues hit children the hardest. Homelessness among children skyrocketed due to high rates of parent mortality and the impact of poverty. The Greater Chernobyl Cause estimates that 120,000 children live or beg on the streets in Ukraine. Many of these children are victims of radiation and have developed health issues, requiring shelter and medical assistance.

The Greater Chernobyl Cause

The Greater Chernobyl Cause is an Ireland-based charity working to help homeless children in Ukraine, particularly those affected by the disaster of Chernobyl. Its founder, Fiona Corcoran, horrified by the effects of the Chernobyl explosion, made it her mission to help the victims of the nuclear disaster. Now, she works full-time to fight the poverty caused by the Chernobyl disaster, especially focusing on affected children. The Greater Chernobyl Cause provides shelter, food and medical treatments for the children. The charity uses the donations it receives to build dormitories and develop education programs, among other endeavors.

The Chernobyl nuclear disaster had devastating effects on Ukraine and its people. Vulnerable children were harshly impacted by the calamity. With the support of organizations like the Greater Chernobyl Cause, some of these impacts can be addressed.