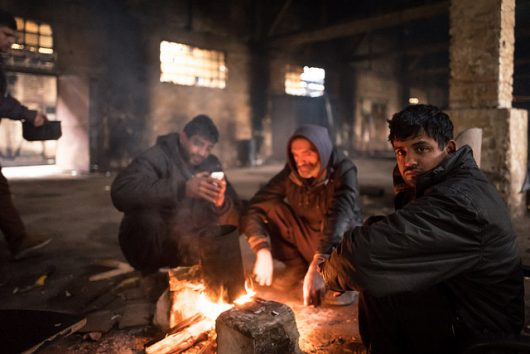 While it is apparent there has been an increase in refugee traffic over the last few decades, the history of refugees extends much farther back in time. There are some important messages contained within these mass movements that can help explain why refugees are displaced to begin with, what human rights refugees have, why it has been challenging to integrate refugees into society once displaced and the major social advantages in doing so. Furthermore, the history of refugee movements is not localized to any single region, but rather it is a global crisis that involves every member of the planet.

A common question is whether an individual is a migrant or a refugee, and the difference is force versus choice. Being a refugee means having been forcibly pushed out of a community or home, usually by violent means. On the other hand, a migrant makes the conscious decision to leave one’s home and seek a better life. However, these words have recently been used more interchangeably, which has led to failures in international treaties, in the view of government intervention and in the role of the public at large in amending refugee crises.

Upon investigating the definitions of refugee and migrant, there are several examples of forced movements of groups of people throughout history. The post-war movement following WWII has been one of the largest in history, coming second to present-day examples in the Middle East. The WWII refugee movement spawned several ideas surrounding the human rights of refugees, most importantly, the Common Asylum System out of the Geneva Convention. This grants international protection to anyone that meets the criteria of a refugee. However, current political structures and views of refugee-receiving nations have been less than ideal despite treaties that grant asylum, which has perpetuated poverty crises and large death tolls.

It is important to learn from the history of refugees the facts and lessons surrounding current and future refugee movements. The major factors leading to these movements are poverty and political corruption, whether from the government or from radical groups. However, the most important takeaway is of human rights for the innocent, usually dynamic members of society who are willing to integrate into safer living situations and have proved to be productive and non-violent in their new homes.