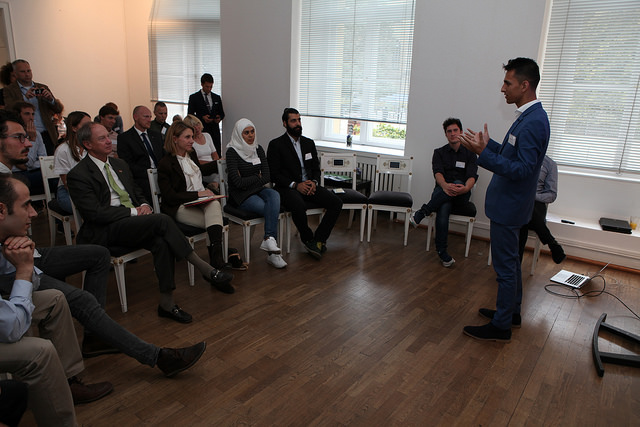 In 2016, the United Nations Office of the High Commissioner for Refugees (UNHCR) published its annual Global Report on the state of the world’s refugee crisis. Among other things, the report highlights a 6 percent rise in what it terms ‘populations of concern’ over the past year alone. That is a total increase of one million people.

Specifically, the global number of refugees — people who have been forced from their home countries due to war or other life-threatening occurrences — has risen by 6.7 million in just five years.

Imagine if nearly the entire population of Washington state was suddenly forced to leave, and depend entirely on their ability to convince a political body, over which they have no control, of the unequivocal necessity of their leaving home. The total number of people living this reality stands at 16.5 million.

However, there is one program that seems to have had a profoundly positive impact on thousands of college-aged refugees. The UNHCR’s Albert Einstein German Academic Refugee Initiative Fund (DAFI).

DAFI was first implemented in 1992, and has continued to receive a majority of its funding from the government of Germany. Through the financing of higher education for refugees at approved universities, DAFI aims to:

So, what does it take for a potential scholar to be granted a DAFI scholarship? First, students must be in what the UNHCR terms “developing countries or countries in transition”, as well as have been granted asylum from the country in which they will pursue their studies. Second, they must be under 28 years of age when their studies begin.

Additionally, as the program is intended to arm a generation with the necessary skills required to help rebuild their countries of origin, all students must decide on a course of study that will see them quickly employed upon repatriation.

As of 2015, 2,321 people were able to achieve their dream of attending university. This is a substantial increase from a total of just 4,774 scholars in the first 15 years of its operation.

For its relatively short history, it would seem that the program of higher education for refugees has been hugely successful. Indeed, one of its only critiques may be that it cannot reach more would-be college students faster.