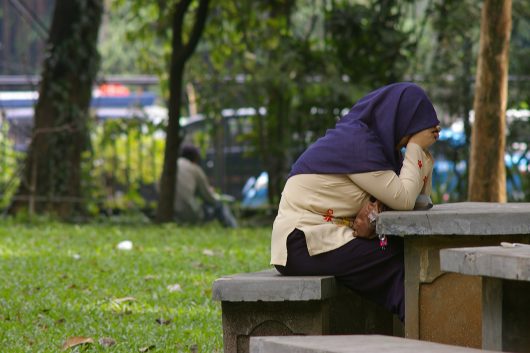 Depression is one of the most common conditions affecting Americans each year. In a country as developed as the U.S., health professionals can readily provide high-quality care to patients struggling with depression. Prescription medications have proven successful in treating and helping patients manage their depression, as have therapy and counseling programs. This is unfortunately not the reality for people affected by the same mental illness in the developing world.

It is estimated that 350 million people suffer from depression worldwide, yet less than 10 percent of people in developing countries have access to adequate treatment and care options. A study conducted in rural India found that just under 40 percent of the entire population suffered from some form of mild to moderate depression. Another study conducted in Pakistan found that 50 percent of all women living in rural areas suffered from some form of depression or anxiety. A study published in the Journal of the American Medical Association found that patients who had previously endured a traumatic event – such as conflict or fleeing their countries as refugees – had a significantly increased risk of experiencing recurring depression.

The World Health Organization (WHO) has recognized the severity of depression and its nature as a global health crisis. Conditions that commonly exist in developing countries, such as social and political instability, armed conflict, refugee crises, economic instability and food instability are all extremely high-risk triggers for anxiety and depression disorders. According to the WHO, a disproportionate number of the world’s medical professionals practice in developed countries. There is far greater availability of healthcare in places where it is least needed.

Depression is a disease that can limit a patient’s functioning and cause them a great deal of discomfort and suffering. The WHO has listed depression on their Mental Health Gap Action Program, and as a result, they aim to curb the rising number of individuals suffering from depression in the developing world. The plan is to provide adequate training and assistance to people who might not have extensive healthcare backgrounds so that they can better assist people suffering from depression in developing nations.