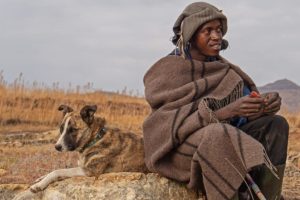 Lesotho, a small nation in southern Africa, is continually improving its access to healthcare systems. Still, even with greater access to healthcare services in some of the areas that are more difficult to reach, long treks and expensive rides are necessary to receive essential care. Due to the state of remote villages being located far from hospitals, patients are not able to receive help immediately in case of an emergency.

Lesotho is also the only country in the world that has its entire elevation above 1,000 meters, which means the terrain may be harder to navigate and maneuver. The life expectancy for Lesotho averages around 53 years for both males and females and deaths under 5 occur 8.1% of the time. However, despite all these limitations, Lesotho has remained committed to improving the well-being of its citizens. Partnerships with private companies, expansions to the hospital network and increased government funding to aid programs have all been policies implemented to invest in Lesotho’s health infrastructure. These five facts about healthcare in Lesotho are integral to understanding the country’s changing health structures and transition out of poverty.

5 Facts About Healthcare in Lesotho

In the fight against poverty and for a stronger healthcare system, Lesotho has much work to do. There has been progress on the infrastructure front and with public-private partnerships but many services to the rural population still lag behind what is necessary. However, with continued government support and increased foreign aid, the healthcare system will continue to develop and Lesotho can become a country that provides a robust healthcare system for its growing population.