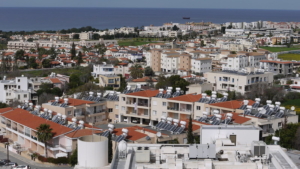 In the small Mediterranean country of Cyprus, healthcare systems function quite well. Though the World Health Organization recognizes it as being at the same level as that of other developed countries — the Cypriot Ministry of Health has decided to reform it. Here are four things to know about healthcare in Cyprus.

Important Points About Healthcare in Cyprus

Cyprus does not have universal healthcare. Instead, it is a system that is split between a private and a public sector. This, in turn, causes an imbalance. In the public system, “Entitlement to receive free health services is based on residency and income level.” Patients must endure long waiting lists for several services — a problem that has only worsened, recently. According to Cypriot Minister of Health Dr. Androulla Agrotou, “the majority of the population has the right to a free of charge access to public health services while the remaining population must pay per fee schedules set by the Ministry of Health.”

The private system is largely unregulated and financed out-of-pocket by entrepreneurs and voluntary health insurance providers. Moreover, the private system has a surplus of expensive medical technology that often goes underutilized. It also experiences staffing issues, problems with the quality of services and developing health facilities. According to Dr. Agrotou, the lack of a unifying base between the private and the public sector causes “a significant disequilibrium.”

Despite the aforementioned flaws, the Cypriote Ministry of Health has recently unveiled a new, more comprehensive healthcare system in 2015. The title of the new system is — the General Health Insurance System (GHIS). It aims to provide universal coverage within many areas of the health system. In this same vein, the new healthcare system plans to provide more autonomy to and better management of public hospitals. To do this, GHIS will merge public and private health resources to introduce “information technology systems” and involve patients and the public “in developing and designing services.” In early 2019, the process of giving public hospitals more autonomy began and it aims to finish implementing the reforms in June 2020.

Where Healthcare in Cyprus Currently Stands

Healthcare in Cyprus is considered comparable to that of the U.K. or the U.S. It has made significant progress in disease prevention, as well as surveillance and control mechanisms. Notably, the indicators for life expectancy at birth are at about 75 and 80 years — for men and women, respectively. Other indicators, such as infant mortality and incidence of communicable diseases are also quite low, and “rank Cyprus in high positions in E.U.-wide and international comparisons” says Dr. Agrotou.

In conclusion, though Cyprus lacks a universal healthcare plan, it is in the process of reforming its system to provide universal coverage to its citizens. Despite the split between the private and public systems, the current system is good enough as some considered it to be a high-quality service provider. However, despite this promising status, the Cypriot government is not settling for “good enough;” and valiant efforts to further improve healthcare in Cyprus are now underway.