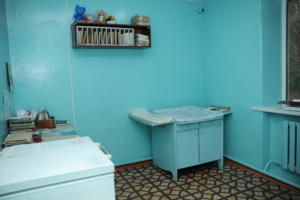 Kyrgyzstan has ensured better healthcare delivery to its people by partnering with USAID to eradicate tuberculosis (TB) from the country; each year, the country faces roughly 8,000 cases of TB. Of those roughly 8,000 cases, about 1,300 are drug-resistant TB which is much more difficult to treat.

In response, Kyrgyzstan makes use of the USAID Cure Tuberculosis project. The project provides $18.5 million to the country of Kyrgyzstan in order for medical professionals to provide the necessary care for people who have the drug-resistant form of tuberculosis.

With these two programs active, the government hopes to bring about more healthcare improvements in Kyrgyzstan for people in general and for those specifically suffering from drug-resistant tuberculosis.