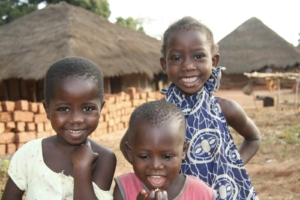 A former Portuguese colony with almost 2 million inhabitants, Guinea-Bissau is a small country located on the Atlantic coast in West Africa. The nation achieved its independence in 1973 but remains one of the most impoverished countries in the world, ranking 178th on the Human Development Index. Health in Guinea-Bissau is a complex issue as more than two-thirds of the country’s population lives in poverty. Today, Guinea-Bissau struggles with providing quality health services to its citizens. With the country spending an average of just $91 per person per year on healthcare, international aid could provide the country with an opportunity to modernize and expand its healthcare system. Here are eight notable facts about health in Guinea-Bissau.

8 Facts About Health in Guinea-Bissau

To improve health in Guinea-Bissau, the nation needs international aid and assistance in building and organizing its struggling healthcare system. Once back on its feet, Guinea-Bissau can work to improve even more areas of life.

Innovations in Poverty Eradication in GermanyProject Esperanza: Responding to Poverty in Haiti
Scroll to top