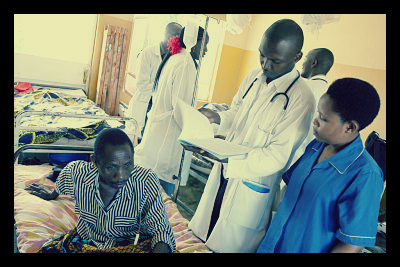 1994 marked the end of genocide in Rwanda and the beginning of an effort to rebuild a country that was dismantled by genocide. Now, almost two decades later, Rwanda has become a story of evident progress.

In the last two decades, Rwanda has seen tremendous social and economic improvement. The percentage of the population living below the poverty line has sharply decreased from 78 percent in 1994 to 45 percent in 2013. The gross domestic product of Rwanda has more than tripled. Average life expectancy has doubled from 28 years to 56 years of age. Maternal mortality has decreased by 60 percent. The chance of a child under 5 dying has decreased by 70 percent. 99 percent of primary-school-age children are in school.

How has this happened?

According to a research study conducted by Partners in Health that was recently published in the British Medical Journal, improved health care has been the Rwandan answer.

Cameron Nutt, a member of the Partners in Health research team, stated, “The Rwandan government has attacked the deadliest diseases in the most vulnerable parts of the population”. It has subsidized the prices of many medicines and made it possible for nearly 98 percent of the population to have health insurance and access to preventative care, such as mosquito nets and vaccines. Rwandan leaders have taken a proactive approach to ensure the advancement of its health care system. The country has successfully utilized Western aid to train Rwandans in medical fields and improve the way in which major diseases, such as AIDS, tuberculosis, and malaria, are treated.