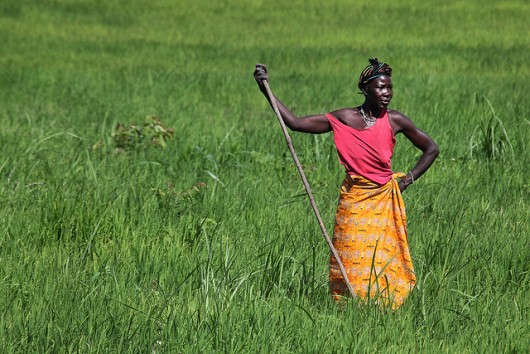 The U.N. and the International Labor Organization (ILO) have announced that they are spearheading a new program to jump-start employment opportunities and economic potential for young people across developing countries over the coming years.

The U.N. Global Initiative for Decent Jobs for Youth is a joint undertaking by 19 international organizations to increase access to decent work in agriculture and the rural economy for young adults under 24.

According to a recent report from ILO, this cohort accounted for 37 percent of the 200 million globally unemployed population in 2014. U.N. officials say filling this productivity gap will be critical to achieving the goals of the 2030 Agenda.

“This is a historic step forward to recognizing the role and potential of young people in the world today,” said U.N. Deputy Secretary-General Jan Eliasson. “Employment, decent work, particularly for young people, is the backbone of development and stable societies.”

Through the initiative, the ILO will work with experts to come up with innovative solutions to youth unemployment. It will bring together world and industry leaders to turn these ideas into improved national and regional policies. It will mobilize new and existing financial resources to turn these policies into action across developing regions.

Across sub-Saharan Africa, the agricultural sector employs nearly 60 percent of the total labor force but contributes only 25 percent of the region’s GDP. Experts say this shortfall in productivity is actually an area of great economic potential for young people.

“Although farming is now often done by the elderly, the profession’s requirements for energy, innovation, and physical strength make it ideally suited for those in the 15 to 34-year-old age range,” the World Bank said in its report: “Agriculture as a Sector of Opportunity for Young People in Africa.” With proper investment in training and technology, the rice industry alone could have the capacity to employ 17 million young people each year.

The World Bank estimates that if the employment initiatives are successful, the agricultural sector in sub-Saharan Africa could be worth $1 trillion by 2030. If similar improvements to economic potential can be made in other developing regions, the 2030 Agenda may well be achieved.