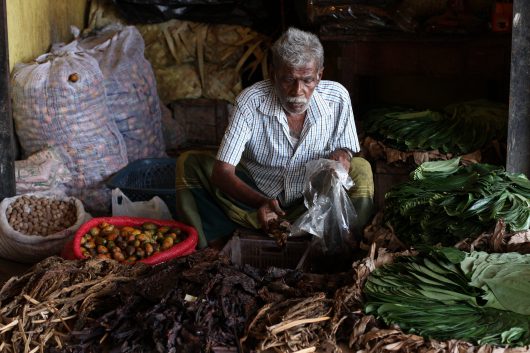 As of July 29, 2016, the World Bank has approved a $100 million credit from the International Development Association to support growth and job creation in Sri Lanka.

Francoise Culottes, the World Bank Country Director for Sri Lanka and the Maldives, stated, “The breadth and depth of the actions implemented signal the comprehensive approach and commitment of the government to tackle difficult reforms aimed at making growth sustainable and creating jobs.”

Despite a 30-year civil war that ended in 2009, the country has risen to the occasion and continued to work towards cultivating growth in the economy.

Currently, the country is described as a lower middle-income country that has become more urbanized with time. Extreme poverty remains low, as the poverty rate only decreased by half a point, from 2.4 to 1.9, between the years of 2009 and 2013. The economy transformed from being primarily rural-based to an urbanized sector that provides services.

The new government, in place since 2015, declared numerous times that it has plans to make the economy more included in the global economy. Growth and job creation in Sri Lanka hinges on the government’s desire to generate one million jobs, develop rural markets, increase income and create a strong middle class.

The Development Policy Financing (DPF) is defined as an IDA credit or grant that “provides support to governments or a political subdivision for a program of policy and institutional actions to help achieve sustainable shared growth and poverty reduction.”

The DPF’s plans are based on three distinct pillars. The first pillar will support the Government of Sri Lanka’s plan to enhance the competitiveness of the private sector and help the country’s ability to overcome obstacles within the trading industry. The second pillar wishes to establish a strong legal framework, encouraging transparency as a means to improve the business environment. The third and final pillar is an act in order to support fiscal sustainability and fix debt management.

The operations guaranteed in the DPF provide funding to the Sri Lankan government after policy packages have been completed. Although various Sri Lankan ministries and groups, such as the Ministry of National Policies and Economic Affairs and the Central Bank of Sri Lanka, are in charge of overall implementation, the World Bank is there to support the reform methods when needed.

If the country continues to be supported by its government and focused on the tasks at hand to continue growing the economy, there should not be many problems. The Government of Sri Lanka must stay committed to its goal of economic growth as the country begins to face new challenges as it evolves into a middle-income country.

There is great promise for the country, though. With seven years of peace, and growth exceeding 6 percent, there should not be a lot of trouble for Sri Lanka, especially with the World Bank on its side.