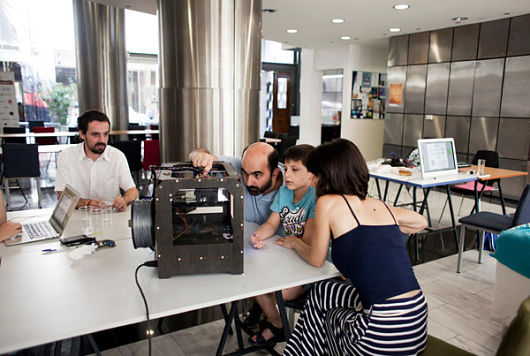 Young owners of Greek startups are finding their businesses launched onto the international market directly after conception.

With economic degradation and youth unemployment at 50 percent, many are faced with a choice: to join the brain drain and move to Western Europe or to stay home and fight to make a living amongst stagnant mainstay industries such as shipping, olive oil, cheese and tourism. Very few jobs in the traditional sectors are available, and the country has long been resistant to global competition and innovation. With a bailout and increased regulation looming, the Greek economy hardly seems like the ideal ground to plant a business.

And yet, in this backwards business environment, the young entrepreneurial class is making it work. They are calling on Greece’s ancient mercantile roots to foster a host of new companies that are taking the initiative to begin rebuilding the country’s faltering economy. These young workers have taken advantage of the end of regulations, protections, tax breaks and provisions that have sheltered Greek businesses for years and hindered competition and new ventures.

Investors, both Greek and international, have jumped on the bandwagon as well. The Hellenic Initiative, a nonprofit sponsored by Greeks abroad, funds business initiatives including a custom folding bicycle designer, cosmetic safety lab and online fuel auctioning website.

Such companies have received funding from investors in Europe, the U.S. and Australia. Other examples of growing companies are Taxibeat, an Uber-like driving service and Workable, an employment tool that is now used in small and medium-sized companies in 39 countries.

With a large population of well-educated young labor force eager to work and jump into a new sector, workers are relatively inexpensive to employ and exhibit more loyalty to start-ups.

“There is no shortage of really smart kids, driven kids, with a lot of zeal and a lot of drive, a lot of hunger, and a pretty good business plan,” said Jeremy Downward, an investor for Alpheus Advisors.

Although many start-ups remain small and employ fewer than 20 people and can not transform the Greek economy alone, workers stay positive.

“Talking about all the negative aspects of this huge economic depression in this country doesn’t help that much. It helps if you can start building something that makes sense, and makes sense both for business and for society,” said start-up founder, Dimitris G. Kalavros-Gousiou.