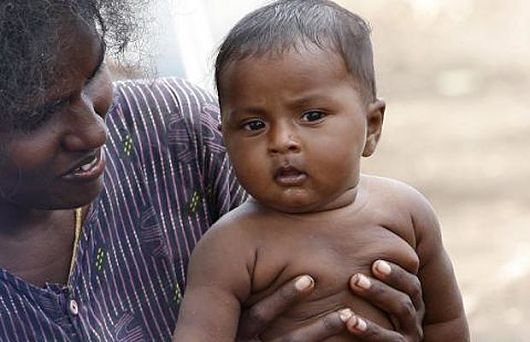 On June 24, 2015, The World Bank approved a $50 million loan to be issued from one of its principal lending arms, the International Development Association, to Sri Lanka’s Ministry of Child Development and Women’s Affairs. As part of The World Bank’s larger education strategy “Learning for All: Investing in Peoples Knowledge and Skills to Promote Development,” the loan is exclusively intended for investment in early childhood development. The World Bank anticipates the loan will advance the goals of the Country Partnership Strategy, a strategy forged between The World Bank and Sri Lanka’s government in 2013 to make Sri Lanka’s transition into a middle-income country a sustainable and equitable one.

Despite both a 26-year ethnic conflict, which officially ended in 2009, and a tsunami which ravaged the country in 2004, Sri Lanka has experienced impressive economic growth throughout the past decade. An average of 6 percent annual growth in the past seven years has lowered the percentage of the population living in poverty by nearly 9 percent – to 6.7 percent – while also enabling Sri Lanka to chart significant progress towards other Millennium Development Goals. Yet, these gains are skewed. The ethnic conflict between Sri Lanka’s Sinhalese government and Tamil insurgent population left 500,000 people displaced and agricultural communities’ productive capacities severely diminished. This history has loomed over Sri Lanka’s development, contributing to a large gap between urban and rural communities. The Early Childhood Development Project (ECD Project) promises to narrow this gap, estimating that every US$1 invested will increase social mobility and earn between a US$7 to US$18 increase in wages by improving cognitive development and raising secondary school enrollment.

The World Bank categorizes early childhood development services by age group: a child’s home environment primarily shapes their development from ages 0-2, while center-based services begin providing foundational skills for literacy and numeracy from the ages of 3-5. While home-based childhood development largely falls under the realm of public health projects, center-based development was previously provisioned in Sri Lanka by NGOs and CSOs. Sri Lanka’s early childhood development centers – each consisting of a small classroom of 20-30 children – are currently understaffed, with 29,340 teachers at 17,020 centers (less than half of whom meet the state qualifications to teach); poorly equipped, with over 25 percent of centers lacking clean drinking water; and lacking in national curriculum to guide equitable development and by which to hold centers accountable. As part of its larger development strategy, codified in the Mahinda Chintana or “Vision for the Future,” the Sri Lankan government established the State Ministry of Child Affairs (SMCA) to standardize center-based services and invest in one of Sri Lanka’s most critical resources for future economic development: its human capital.

The joint intervention of The World Bank and Sri Lankan government is necessary to fight cyclical poverty, in which a child’s potential labor skills, and thereby economic prospects, are strongly influenced by their family’s economic class. Data enrollment in early childhood development centers is 17 percent higher for 3-4 year olds in the highest economic quintile than for their counterparts in the lowest quintile. In response, the ECD Project details plans specifically tailored for the poorer plantation sector, in which the Sri Lankan government and the International Fund for Agricultural Development have also established post-conflict resettlement and community building projects. Targeting human capital uniquely improves social equity by compensating for the educational drawbacks poorer children face, better preparing them for primary education and ensuring a base standard for cognitive development. In tandem with programs such as the Plantation Human Development Trust, which will actually administer early childhood development construction, improvements and monitoring in plantation communities in place of the SMCA, the ECD Project’s goals are to increase the number and quality of service centers that promote a higher standard of living and greater social mobility and inclusion, both stated aims of the Sri Lankan government and of the World Bank.

The ECD Project will aid Sri Lanka’s broader efforts to build a more equitable future in more subtle ways as well. By enabling women to join the workforce, for example, the establishment of more early childhood centers in rural communities works towards national goals of gender equality and inclusion, while also increasing household incomes. Gender equality is very much embedded in the project design itself: while “the Project will cover the entire country and will not include interventions targeted at specific communities or social groups,” one of the main indicators which the secretary of the SMCA is charged to judge center progress by is enrollment by gender.

In addition, as a network of institutions, childhood centers will enhance community-based efforts to improve childhood nutrition and overall health. One of the few development goals in which Sri Lanka has made poor progress is nutrition, with 21.9 percent of children from 0-5 underweight.

Ninety percent of the proposed budget will be allocated towards improving the delivery and quality of center services, as well as towards the creation of an evaluation system to standardize them. The World Bank has classified poor investment in early childhood development as a market failure, born from several factors. Awareness gaps of childhood development programs exist between richer families in urban areas and poorer families in the rural plantations to disparately inhibit demand. Meanwhile, credit constraints prevent municipal governments from constructing new centers and prevent families, who cannot afford it, from sending their children to centers.

As a result, the SMCA has designed a “market-based intervention” that addresses these specific issues. On the demand side, access to centers will be expanded through parent awareness programs, subsidies for poor households and the provision of transportation. Meanwhile, on the supply side, maps of center locations and the distribution of children age 3-5 will identify underserved areas to receive project funds. By integrating lessons learned from prior early childhood development projects in other countries, sponsored by The World Bank as well, this intervention will be partially community-based. Parental support is sought to improve outcomes, and community members advise district offices on the distribution of project funds to centers and families. Project evaluation will be composed of teacher training, center management and curriculum development, notably in English, Tamil and Sinhalese – a gesture of social inclusiveness.

Although only worth a nominal US$50 million, the loan has a strong multiplier effect. The “long term strategic development goals” – including building a skilled labor force, promoting social equity and inclusiveness and increasing economic competitiveness through a knowledge-based economy – are all mutually reinforcing. They will hopefully prove attainable as well now that the Sri Lankan government has shifted its focus to the country’s future, resting in the hands, and moreover, the minds, of its children.