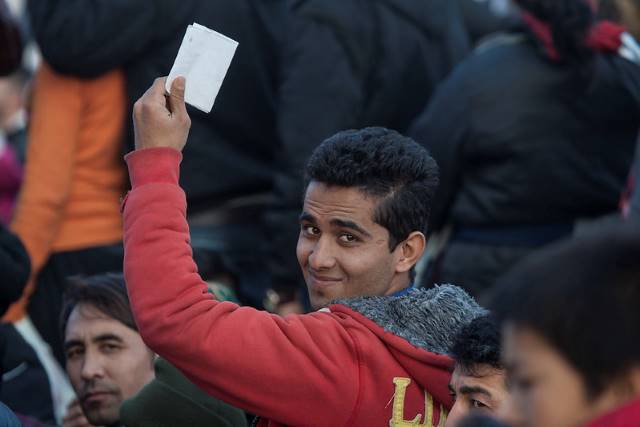 After much delay, the Greek government has finally rolled out a concrete plan for vaccinating an estimated 60,000 migrants and refugees within its borders. Announced on June 3, 2021, Greece’s refugee COVID-19 vaccination campaign will use Johnson & Johnson’s single-dose vaccine to begin inoculating more than 11,000 asylum seekers on the Greek islands of Lesbos, Chios and Samos.

The Euro-Mediterranean Human Rights Monitor and others have called the country’s “Greeks-first” policy discriminatory and misguided. Organizations argue that inhabitants of refugee camps are far more vulnerable to COVID-19 than the general population due to overcrowding, limited space and lack of access to proper sanitation facilities. Another point of argument is that stopping the spread of COVID-19 within these vulnerable populations can limit transmission in the rest of society, ultimately benefiting the whole country.

The tension between refugee advocates and the Greek government began long before the COVID-19 pandemic. Greece is one of the most popular routes for migration into Europe from Asia, Africa and the Middle East. After crossing from Turkey, migrants often end up in Greece waiting for their asylum claims to process.

Resentment between Greek citizens and migrants has been steadily rising over the years and the Mitsotakis government has adopted an increasingly tough stance on illegal migration that has come under fire from human rights organizations.

Multiple groups have accused the government of illegally returning asylum seekers to Turkey or leaving them adrift at sea rather than processing them through official asylum channels. One particularly startling accusation claimed that “13 men, women and children currently residing in a refugee camp on the island of Lesbos were beaten, robbed and forced onto a life raft” by uniformed officials who claimed the group required COVID-19 testing. The Greek government has denied these allegations but humanitarian groups still stand strong in protecting the human rights of migrants and refugees.

Mistrust could hamper Greece’s refugee vaccination campaign. According to officials, only about 15% of asylum seekers in Greece have expressed interest in receiving a vaccine, although the number may increase as the campaign gets underway. Across the globe, many refugees fear that registering with a government vaccination platform could lead to arrest, detention or even deportation. Others fall prey to misinformation or encounter language and digital access barriers.

However, the main reason for limited global refugee vaccinations so far is the dramatic difference in vaccine supply between wealthy and low-income nations. Wealthier countries account for 85% of the world’s administered vaccines yet “85% of the 26 million refugees in the world are hosted in developing countries.” A recent contributing factor to limited vaccine access relates to COVAX, the vaccine initiative providing COVID-19 vaccines to low-income nations. Due to supply issues, expectations determined that COVAX would distribute 190 million fewer doses than originally anticipated by the end of June 2021.

Although the road to refugee vaccination in Greece has been bumpy, the newly announced campaign is still a positive first step toward providing the country’s vulnerable migrant population with access to COVID-19 vaccines. There are also signs from around the globe that refugees will soon be able to receive vaccines in far greater numbers.

As of May 2021, 54 countries have started vaccinating refugees and 150 countries have said either publicly or privately that they will include refugees in their vaccine campaigns. Jordan’s campaign, in particular, has had a strong start. The country was the first in the world to include refugees in its COVID-19 vaccination drive. By the end of May 2021, 30% of Jordan’s refugees had received at least one vaccine dose.

International health officials are optimistic that the vaccine inequality between upper and lower-income nations will soon decrease. In June 2021, the United States announced that it would be donating 500 million doses of Pfizer vaccines to “92 low- and lower-middle-income countries and the African Union” through COVAX. Recent positive efficacy results from the Novavax vaccine should boost global supply even further. Overall, hope is on the horizon as the world comes together in a collaborative effort toward combating the COVID-19 pandemic.