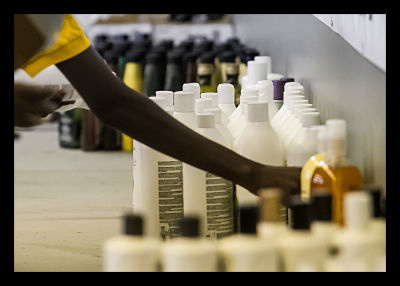 Founded in 1983, Good360 has been the nonprofit leader in product philanthropy since its start. Good360, formally known as Gifts In Kind until changing its name in 2011, quickly escalated and became the fastest growing and most efficient charity in the country according to The Nonprofit Times.

The basis of Good360 is it helps companies donate new, nonperishables like apparel, books, toys, personal care products, office and school supplies, and computers along with many other items. Only three years in, product donations valued at almost $44 million that had been distributed to qualified nonprofit organizations.

Because of some of the great work Good360 has done, it has been recognized by both the Committee Encouraging Corporate Philanthropy and Forbes for its success in helping companies drive their bottom lines while doing a social good at the same time.

Over time Good360 created something called Retail Donation Partner Program. This program is what allows local charities to partner with retail stores in their communities. This benefits not only the charities but the local retail stores as well in donating their surplus.

For example, the Washington Nationals baseball franchise  partnered with Good360 and collected donated toothbrushes for people impacted by the 2010 earthquake in Haiti.

With all these things that the company does and oversees there needed to be a set way of doing things. There are three ways to distribute product donations to the needy: warehoused donations, local retail donations and one-time local donations.

To understand fully how great the company is, it’s important to know how these processes work. The warehouse donations process created an efficient means of maintaining large quantities of product that are then broken up into smaller portions that are easier for charities to distribute.

The local retail donations  allow retailers to directly donate to charities in their community. This is beneficial because it helps smaller charities get products straight from local businesses on a continuing basis. This is also good because it creates strong connections between the retailers and charities.

The last way that Good360 distributes product donations is through one-time local donations. This basically entails finding homes quickly that need donations within the local community. This is beneficial because it helps reduce waste and companies don’t need to set up a certain amount that they will always donate each month. It can be an item that they have excess of and, rather than throwing it out, that product can go to a good home. When this happens, local charities are notified of the opportunities for donations in their community and then orders can be filled on a first-come, first-serve basis.

Innovation and Affordability: d.light SolarTop Charities to Donate to for Hunger
Scroll to top