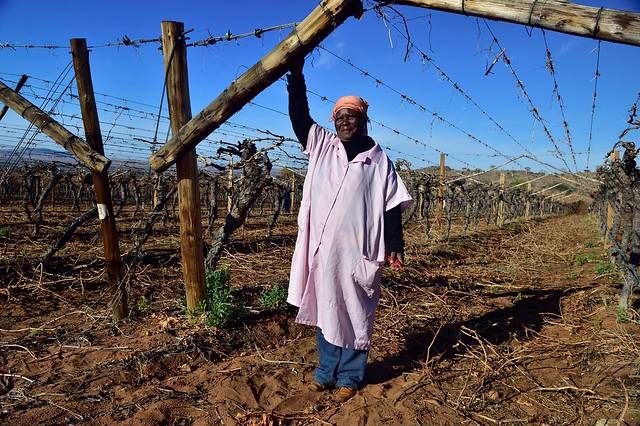 Several factions surround globalism, some cite statistical reduction in poverty, while others decry effects on local communities. As in all reductive thinking, oversimplification misstates the complexity, succumbing to the facility of a universal perspective. What is absolutely clear, however, is the initial decades of global trade created categorical winners and losers — the most impoverished 5% gained $.07 in daily income, while the top 1% averaged $70. The theory that globalism reduces poverty is multifaceted, and such, globalism is best described as a “two-way street.”

Absent the economic investment from global trade, however, developing nations struggle to modernize. Lacking foreign capital investment to create sustainable industries, an estimated 95% of Indian youth are forced into informal child labor. In the nation-state equivalent of “Sophie’s Choice,” governments are forced to participate while the premise that globalism reduces poverty remains dubious.

Early returns from globalism showed a reduction in extreme poverty from 36% to 19% between 1990-2008 and capitalists trumpeted imminent eradication of poverty by the benevolent “invisible hand” of market forces. Undoubtedly a monumental achievement, millions have benefited from access to foreign markets.

As always, the devil is in the details. Poverty is an indiscriminate measure, a theoretical categorization defines the powers that be. For the World Bank, poverty is a function of daily income. But, between 1990-2018, the threshold indicating extreme poverty has preposterously risen a mere $0.90 while global GDP grew by $60 trillion during the same period. Given such disproportionality, it is difficult to see how globalism reduces poverty.

Ambiguous poverty metrics belie a true consequence of globalism, that the top percentile claimed more than 60% of growth. To retain these substantial gains, it is the providence of influential international corporations and institutions to promote globalism. Exceedingly fungible, poverty metrics become a prism through which various interests and policymakers justify exploitative agendas, often accompanied by stifling conditionalities.

As the International Monetary Fund and European Union counsel draconian measures to fledgling economies, local “governments often find it politically easier to cut the public expenditures for the voiceless” impoverished as connected wealthy classes are “disinclined to share in the necessary fiscal austerity.”

Equally as true in developing nations, entrenched hegemonies have little incentive to shoulder the burden of globalism and frequently siphon economic growth for personal enrichment. Irresponsible stewardship of finances and resources, as always, disproportionately affects voiceless and impoverished communities.

Generations after the ouster of foreign monopoly United Fruit Company from Latin America, indigenous farmers’ share of profit is essentially stagnant as corrupt domestic entities pocket revenue. Globalism reduces poverty only when sufficient protection is guaranteed to populations most at risk of exploitation and achieved only when international, federal, corporate and municipal institutions communicate with disenfranchised communities.

Under the best of circumstances, sudden inundation of investment and foreign influence is devastating. For countries without robust legislative institutions, it is cataclysmic. The hyper-racialized-apartheid bureaucracy of South Africa was particularly ill-prepared for the rapid modernization required by globalism.

Despite democratic revolution, political bodies could not address the dual responsibilities of erasing paternalistic and racist policies while simultaneously reentering international trade. After centuries of protectionism and isolation, South African society was a manicured house of cards temperamentally opposed to foreign influence.

The draconian society, which enslaved the Black majority, created a delicate homeostasis and the post-apartheid government was manifestly incapable of protecting the citizenry as globalism began in earnest. A systematically underprivileged class was ripe for exploitation.

During apartheid, underpaid, low-skill labor provided the engine for economic growth in South Africa. Known as “lumpenproletariat,” these peri-urban shantytown workers relied on the largesse of landed aristocracy for survival.

As a matter of course, economic opportunities through education represented an existential threat to White hegemonies. Because “it is surely the lack of opportunities of the less advantaged that is the real concern” in reducing poverty, undereducated South Africans were dispositionally unable to profit from economic growth.

Compounded by exclusion from land ownership, Black South Africans possessed neither the capital nor the skills for socio-economic gain. Various policy initiatives for Black Economic Empowerment (BEE) have targeted inequality, but generations of subjugation cannot be erased during the short lifespan of South African democracy.

Overregulation and heavy subsidies throughout the 20th century created an extremely inefficient South African wine industry. Traditional focus on bulk production for domestic markets encouraged widespread plantation of high-yield, low-quality cultivars that were antithetical to international demand for higher quality. With a contorted supply chain entirely unfit for global competition, South African winemakers responded by replanting 50% of vineyards between 1990 and 2005.

To finance these changes, producers required foreign investment. At the behest of multinational distributors, conglomeration through a spate of mergers destabilized traditional market structures — the consolidation of Distillers and Stellenbosch Farmers Winery eliminated 2,000 jobs alone.

The Unequal Distribution of Benefits

Nonetheless, foreign investment allowed the wine industry to grow. Exports increased tenfold during the 90s, and by 2002, South Africa was the fastest-growing sector in the all-important British market. Representing 45% of domestic exports, the fortunes of South African winemakers were existentially linked to unpredictable foreign markets.

But, native producers have seen little benefit. As of 2018, the average return on investment for those costly infrastructure upgrades is an abysmal 2%. And after three decades of democratic rule and countless land reforms, Black ownership in the wine industry is 3%. However, a goal of 20% by 2025 was established in 2007.

In the hyper-competitive wine trade, “survival is not made any easier by the fact that globalization is a two-way street.” The South African wine industry is just one example of countless local communities at the mercy of free markets.

Nonetheless, increased trade and economic growth from globalism affect poverty. The 21st century will be judged by how well the fruits of international wealth are distributed to the most vulnerable populations. As early growing pains subside, poverty eradication is within grasp if the world so chooses.