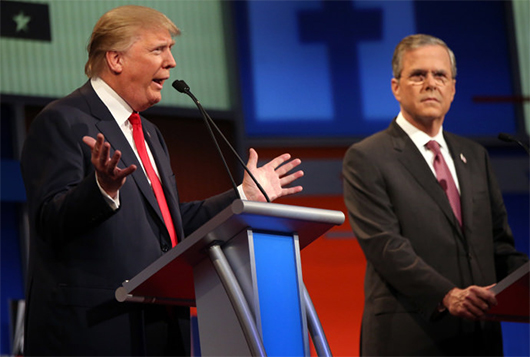 While the potential Republican presidential candidates wasted no time discussing illegal immigration and the Clinton Administration at this Thursday’s GOP debate, one topic was noticeably absent from the table: global poverty.

According to the U.S. Census Bureau, in the United States alone there are around six million more people living below the poverty line than there were in 2008. About 45 million Americans are registered as poor—around 15 percent of the country’s total population.

On a more global scale, according to UNICEF, 22,000 children die worldwide every day due to poverty-related causes. In 2014 alone, 98,000 died in India due to a lack of sanitation, clean drinking water and nutrition. In 2014, over 82 million people in China lived on less than $1 a day.

Still, even in the face of such pressing issues, the GOP candidates chose to spend their allotted speaking time by further alienating women, immigrants and the poor. According to The Huffington Post, the words “immigration” and “illegal” were spoken around 40 times during the debate, while “poverty” and “poor” chalked up only three and four mentions, respectively.

Presidential campaign debates should be a platform for discussing the country and the world’s most prominent issues. If this GOP debate was any indication, the current Republican Party presidential candidates care little about the world’s poor.