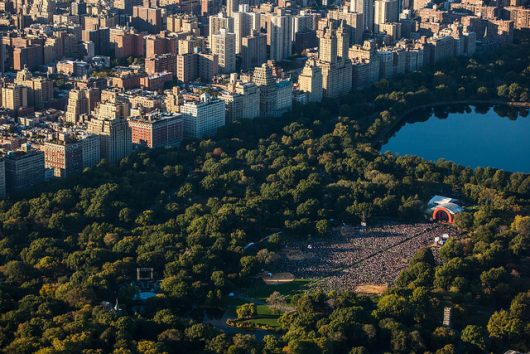 The Global Citizen Festival launched in 2012 as part of the Global Poverty Project, founded by Hugh Evans and Simon Moss. The movement is based on an online platform and mobile application that utilizes the power of education, communications, advocacy, campaigning and the media to take action against extreme poverty. The Global Poverty Project partners with other organizations such as UNICEF, OXFAM, ONE, Save the Children, The Global Fund and more.

The result of last year’s festival was 1.3 million online actions taken, leading to 44 commitments and announcements. Combined, these announcements are worth $1.9 billion and could impact 199 million people, just from the Global Citizen Festival of 2016 campaign. Commitments have not only been made by U.S. companies such as Walmart, UPS and Johnson & Johnson but also by nations such as the Netherlands and Canada.

With more than 60,000 participants attending the first festival on the Great Lawn in Central Park, the event quickly became popular. In 2016, the performance lineup included Rihanna, Demi Lovato, Kendrick Lamar and Metallica. There were also special guests like Coldplay’s Chris Martin. The band headlined the previous year and Martin is the current Global Citizen Festival curator.

The festival is free, but spectators cannot just attend. Instead, fans must engage with campaigns in order to win Global Citizen Festival spots. Activists can accumulate points that act as currency to bid on tickets to the Global Citizen Festival and other live events. The restriction is that only current campaign points can be used during each campaign.

For the upcoming July Global Citizen Festival in Hamburg, Germany, the organizers plan on handing out 9,000 free tickets to the show to people who sign up and pledge action.

Common Diseases in The Democratic Republic of the Congo What is Food Assistance for Assets and How Does it Work?
Scroll to top