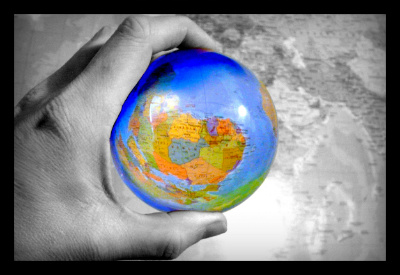 People living in extreme poverty see an improvement in their living conditions when they earn just a little extra money from farming or raising livestock.

This is according to Dean Karlan, founder of Innovations for Poverty Action, or IPA. The nonprofit researches and evaluates different programs fighting world poverty so as to inform its own poverty-combating program initiatives.

Karlan studied economics in graduate school at the Massachusetts Institute of Technology and is now a professor at Yale. He began researching poverty and started IPA in order to answer the question, “Does global aid work?”

Prior to starting IPA, Karlan was displeased with how little research existed on global aid programs and their effects. It was impossible to know precisely how much people’s lives were improving due to aid.

This is an ongoing debate, and today, two polarizing views on global aid prevail. Some believe that the U.S. and other nations need to invest more, while others think that enough money has already been wasted on a fruitless cause. Through IPA, Karlan is working to produce tangible evidence about global aid to dispel the second view and, in turn, combat poverty.

Karlan and his colleagues ran a five-year-long experiment with the poorest families they could find in six developing countries. The team divided the families into two groups. The control group received nothing, while the other group was given a hefty aid package for up to two years. The package included livestock (for raising), livestock training, food or cash, a savings account and physical and mental health aid.

After observing both groups for the duration of the study, Karlan and his colleagues concluded that families who were given aid, made a little more money and had more food to eat than the control group. Moreover, families continued to generate more income a year after they stopped receiving aid.

Karlan reports, “We see mental health go up. Happiness go up. We even saw things like female power increase.”

The measured effect of aid was quite slim. Incomes and food consumption rates in the study increased only by about five percent in comparison to the control group. It is hard to forecast the long-term impact since the families were only observed for a year following the experiment.

Nonetheless, the aid package still has an impact in the short term for the participating families and appears to have promising long-term effects. Giving families an extra boost is exactly what may enable them to begin climbing out of extreme poverty, albeit slowly.

“Moving poverty is hard,” explains Sarah Baird, an economist at George Washington University. “[But] the fact that [Karlan and his colleagues] were able to move it, and it was sustainable after a year, I think is important.” The study supports the conclusion that aid from charities and governmental programs do have a positive impact.

A little bit of money can go a long way for those in extreme poverty. At the very least, it offers hope, and makes a difference for the families who receive it.