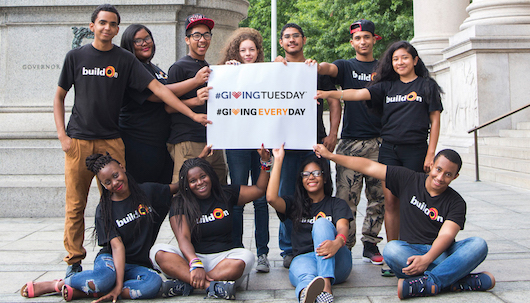 To many, the day after Cyber Monday is just that. To the philanthropic community, however, it’s the biggest spending day of the year. #GivingTuesday launches the holiday donation season by mobilizing donors across the globe to raise money for poverty reduction.

92Y, a cultural center in New York City, organized #GivingTuesday in 2012 as a means “to celebrate and encourage giving” among diverse groups and communities. Each year, the event grows in support and profit as donors take to social media to spread the word.

“#GivingTuesday harnesses the potential of social media and the generosity of people around the world to bring about real change in their communities,” claims the event’s website. “It also brings together the collective power of a unique blend of partners—nonprofits, civic organizations, businesses and corporations, as well as families and individuals—to encourage and amplify small acts of kindness.”

On December 1, #GivingTuesday raised $116.7 million, more than doubling the previous year’s profit. At least 30,000 donors in 68 countries made contributions to various charitable organizations in honor of the event. Supporters donated more than 1.08 million gifts at an average of $107.

Social media users tweeted the #GivingTuesday hashtag 1.3 million times in the course of 24 hours, exceeding 2014’s report by 86 percent. Education ranked among the top causes as a popular topic.

“This is truly a cause for celebration,” Henry Timms, executive director of 92Y, told the Chronicle of Philanthropy.

The donations raised during the event aided several poverty reduction programs across the globe.

The Malala Fund created an education campaign for girls in developing countries who rarely spend more than three years in school. Each year in school raises a girl’s potential earnings by 10-20 percent. Thanks to donors, 300 Kenyan girls will be able to continue their education with tech training programs and 200 Syrian refugees can return to school.

Old Navy pledged one dollar to the Boys and Girls Clubs of America (BGCA) each time a Twitter user tweeted a picture of a good deed with the hashtag #UNselfie. BGCA helps struggling American youth complete their education and achieve responsible, productive futures.

For those who couldn’t afford monetary donations, #GivingTuesday offered a money-free opportunity. (RED), a nonprofit group committed to fighting AIDS, provided 10 days of free treatment for each social media post or video that mentioned the group.

The immense success of #GivingTuesday has created an atmosphere of hope around the globe.