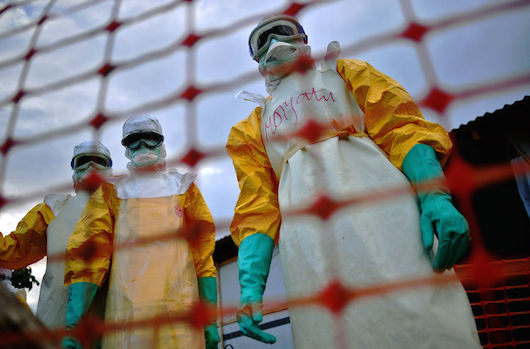 In January, officials in Sierra Leone confirmed a new death from the Ebola virus in the country, days after Liberia, Sierra Leone and Guinea declared themselves Ebola-free.

According to NewsWeek, the World Health Organization (WHO) said last Thursday that “it was the first time all three West African countries had held the Ebola-free status simultaneously…effectively bringing to an end the deadliest Ebola outbreak in history that has claimed lives of some 11,300 people.”

The Ebola virus disease is a severe, often fatal illness in humans. It is transmitted to individuals from human to human transmission, or from wild animals. There are currently no licensed Ebola vaccines and the average EVD case fatality rate is around 50 percent, according to the WHO.

The Ebola outbreak in West Africa has been the largest and most complex outbreak since the deadly disease was first discovered in the late 70’s.

Said the WHO, “The most severely affected countries, Guinea, Liberia and Sierra Leone, have very weak health systems, lack human and infrastructural resources, and have only recently emerged from long periods of conflict and instability.”

A test center in Sierra Leone announced that the tests on the patient who died a few days ago confirmed that his death was due to the deadly virus. To reduce further threats, Sierra Leone officials are currently investigating how the individual became infected and who may have been in contact with him.

The World Health Organization also emphasized that future flare-ups of the deadly virus are probable.

Bruce Aylward, the Ebola correspondent in the organization said that the “risk of re-introduction of infection is diminishing as the virus gradually clears from the survivor population, but we still anticipate more flare-ups and must be prepared for them.”

According to NewsWeek, recent investigations have found that the virus can remain in the male survivor’s semen for up to nine months. Hence, the WHO suggests Ebola survivors and their sexual partners abstain from sex or practice extremely safe sex.

“There is as yet no proven treatment available for EVD. However, a range of potential treatments including blood products, immune therapies and drug therapies are currently being evaluated,” said the WHO. Additionally, two potential vaccines re undergoing human safety testing.

The World Health Organization suggests that in order to prevent and control this deadly threat, community engagement is the key to successfully control the outbreaks. “Raising awareness of risk factors for Ebola infection and protective measures that individuals can take is an effective way to reduce human transmission.”