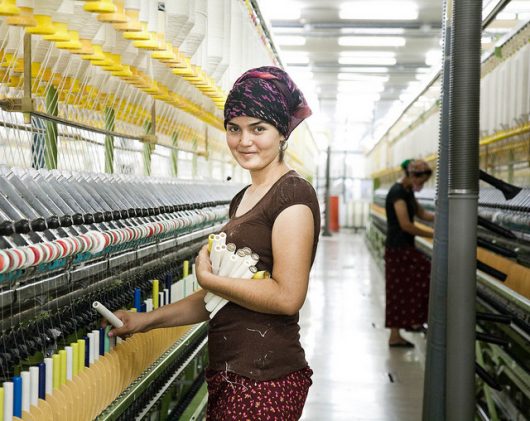 Turkmenistan is one of the five independent states that formed after the dissolution of The Soviet Union in 1991. Despite no longer being under Soviet rule, the educational standards that had been established under its former rule have generally remained consistent in all five nations, including having a formal tertiary education and almost universal literacy rates. Gender equality has recently been a hot topic with a special emphasis needed in girls’ education in Turkmenistan.

The good news is that the enrollment rate for primary school is currently around 97 percent, and completion of this level shows to be equally high for both genders. As part of The United Nations, Turkmenistan is continuously looking for ways to achieve international standards of quality education as well as the integration of the marginalized and minorities.

Standards Need To Be Improved

Among school districts across Turkmenistan, a standardized curriculum is required with a few years dedicated to humanities studies. This includes subjects like history, physics, foreign languages, world cultures and the Turkmen or Russian language. Unfortunately, Turkmenistan education lacks quality, especially among teachers.

Finding and retaining qualified teachers remains an issue due to unreasonable teaching hours, insufficient instruction materials, scarce materials and equipment and low salaries. Moreover, “an estimated 13 percent of schools have such serious structural defects in their physical plants that they are too dangerous to use for classes.” The low quality of crucial mentors as a result of such poor educational infrastructure ultimately affects the education of developing children in a negative way.

Another issue has been that 77 percent of the schools in Turkmenistan teach in Turkmen. The remaining 16 percent still use Russian as the primary language and are seeing higher success rates. This poses a problem in hiring new, qualified teachers as well as in educating students.

Inequality in Girls’ Education in Turkmenistan

Equality pertaining to girls’ education in Turkmenistan is lacking. Statistically, fewer than 40 percent of girls in Turkmenistan are studying at the tertiary education level. In contrast, girls in surrounding nations formerly under Soviet rule – like Kazakhstan and Kyrgyzstan – are actually more likely than boys to attend school.

Women and girls in Turkmenistan suffer great discrimination, especially within the realm of political involvement and gender-based violence. Sadly, women of ethnic minorities experience dual discrimination. For this population, higher education at university institutions is never an option. They are rejected outright for the national belief that their identity is not true Turkmen.

The handfuls of women who do exercise their ability to attend university are not without restrictions. Simply, no female student is allowed to enter the university unless they are dressed in the national Turkmen dress, including a scarf to cover the head. Men, on the other hand, have no such restrictions to follow.

Working Towards Equality in Girls’ Education in Turkmenistan

Currently, higher education generally requires five years, which can present a challenge to women since they are expected to marry by the age of 20 – 21. The existing timeline hardly allows for school completion and decreases the chance of women attending and/or completing their education. However, reforms are being considered that will allow women a greater opportunity to complete their time at higher institutions.

Despite the equality gap, the government is working toward reform for girls’ education in Turkmenistan. In 1997, the country approved The Convention on the Elimination of All Forms of Discrimination Against Women (CEDAW), which defends women’s rights in all realms and works to eliminate discrimination, stereotypes and sex trafficking. The country adopted a law in 2015 guaranteeing “equal rights and equal opportunity for women and men” as a way to reach its goals of international gender equality standards.

Progress is being made to encourage a higher standard of gender equality. State and local government are working together to fund 15 key areas to improve gender equality, including a much-needed data collection database in order to monitor progress. The country is far from its goal, but these continued efforts should secure a better future for girls’ education in Turkmenistan.