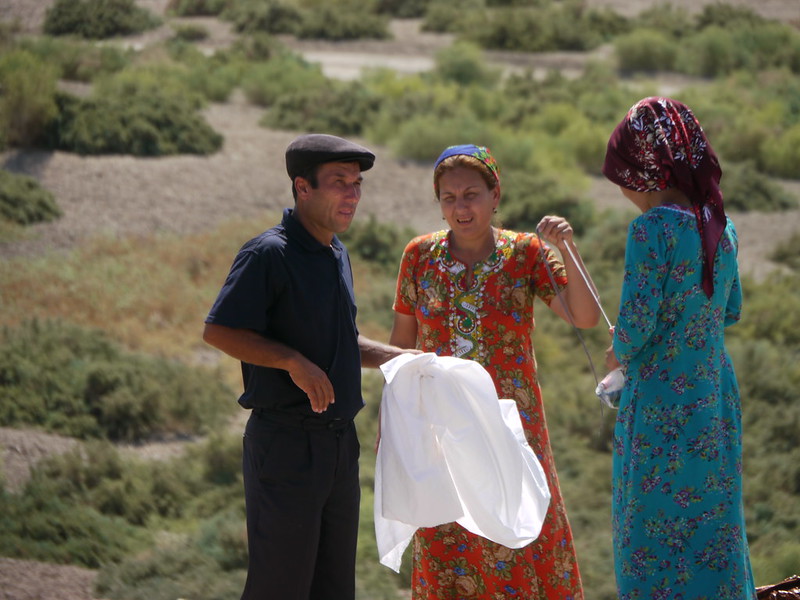 This time last year, the London-based Foreign Policy Centre reported that Turkmenistan was “a country teetering on the edge of catastrophe.” An economic crisis has exacerbated hunger in Turkmenistan. Additionally, Human Rights Watch calls Turkmenistan “an isolated and repressive country.” Without freedom of speech or information, the authoritarian government leaves no room for economic autonomy, thus resulting in hunger among citizens.

Economic Crisis and Hunger in Turkmenistan

Turkmenistan sits on 9.9% of the world’s gas reserves, with 19.5 trillion cubic meters. Statistics like these attract foreign investors, which in theory should boost the nation’s economy. However, in 2019 Turkmenistan entered its worst economic crisis since its independence from the Soviet Union in 1991. The state heavily controls the economy, and the European Bank for Reconstruction and Development (EBRD) lists Turkmenistan as the “least competitive economy among the EBRDS’s countries of operations,” meaning that economic autonomy is essentially nonexistent. The Foreign Policy Centre’s report labeled Turkmenistan’s economy as a “Potemkin economy,” meaning its public record of ordinary, satisfactory GDP figures — a result of strictly regulated state companies — hides a crumbling economy.

In 2018, a video of a Turkmen student cutting up his debit card, salting it and cooking it for dinner circulated around media sites. The student, who was studying abroad in Ukraine, spoke on the matter, saying that “the [bank] cards stopped working and, as a result, I’ve lost 15 kilograms.” While the banks never released explanations, economists suggest that the debit card failures may be a result of Turkmenistan’s active black market. Officially, the exchange rate is three and a half Turkmen manats to one U.S. dollar. But the black-market rate is closer to 22 manats to one U.S. dollar. The government would lose large sums of money with students trying to withdraw from their banks in foreign countries.

The Turkmen government lacks transparency about its crop supply as well; in 2018, Deputy Chairman Esenmyrat Orazgeldiev released data stating that Turkmenistan had overshot its yearly harvest goal, and had harvested 1.099 million tons of cotton. However, reports from the Agriculture and Water Resources Ministry and the International Cotton Advisory Committee said that the country had harvested between 300 and 450 thousand tons. A similar inconsistency in reports occurred for the wheat harvest. These economic and agricultural struggles have led to widespread hunger in Turkmenistan, particularly in the form of major food shortages across the country.

For the past three years, hunger in Turkmenistan has resulted from dire food shortages. The Diplomat conducted an interview with Turkmen “activist-in-exile” Fareed Tukhbatullin in 2018, and Tukhbatullin recalled fights breaking out among citizens waiting to purchase necessities such as bread, flour, vegetable oil and eggs, all of which are in short supply despite being government-regulated foods. Inflation and the disparity between the official manat’s value and the black-market manat’s value have made importing ingredients and farming equipment nearly impossible. In the interview, Tukhbatullin emphasized that there are no official news coverings or statistics released in Turkmenistan about this crisis, but he estimated that 60% of the population is unemployed and living with food insecurity. Last month, Turkmenistan increased its regulation of subsidized foods by enforcing the use of registration books by individual households. Families are instructed to bring their books, which have a certificate containing their address and the number of people in their household, to food stores, where their purchases will be documented.

Currently, the U.S. Agency for International Development (USAID) is working to stabilize Turkmenistan’s economy and strengthen its international connection around Central and South Asia. USAID also provides assistance to dairy and meat-producing livestock farmers to keep their livestock healthy, and it works to connect the farmers to local and international markets. In July 2020, USAID announced the launch of its hotline for Turkmen farmers. The hotline is accessible over email and telephone, and it offers necessary advice on the exportation of goods to foreign markets. USAID claims that this extra support will help the Turkmen farmers “maximize their revenues, stabilize seasonal sales, and expand the markets for quality Turkmen products.” USAID also worked between 2010 and 2019 to introduce Turkmenistan into the International Financial Reporting Standards, which allows the country more access to the global economy.

Turkmenistan has not known peace or stability since its independence in 1991. Inflation, food shortages and disconnect from the rest of the world have plagued the country for almost 30 years, and government officials worry that this instability will soon lead to catastrophe. Helping the citizens of a highly isolated country is extremely difficult, but organizations like USAID are doing what they can to end hunger in Turkmenistan.