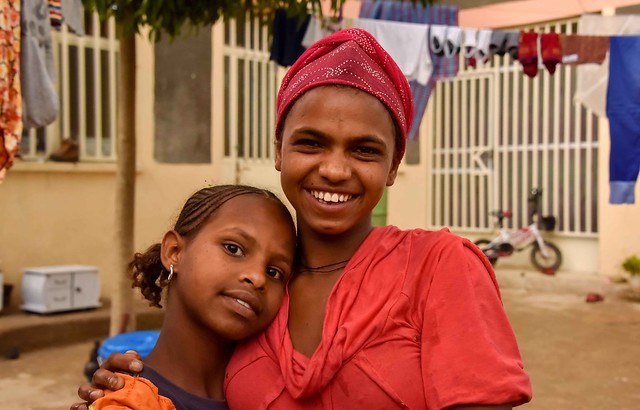 Ethiopia is located in sub-Saharan Africa just west of Somalia. Poverty levels have been decreasing in the country since the early 2000s, but the female education levels are still struggling to raise their percentages. The main cause of the female dropout rate, menstruation, is high in pre-teen and early teen ages. Approximately one in ten girls in Ethiopia and sub-Sahara Africa as a whole begin missing school during their menstruation cycles. The total amount of days missed adds up to an average of around twenty percent of the school year. Girls miss school during this time because of lack of access to proper menstruation hygiene products. Many girls drop out during this time while those who stay struggle to keep up in their studies. Because of this, one company aims to protect girls’ education in Ethiopia.

The UNICEF records that the topic of a women’s menstruation is not taught in most schools and girls do not talk with each other about it, either. Along with these factors, sanitary hygiene for women is expensive or unavailable, and more than half of Ethiopian women do not have access to the necessary menstrual supplies needed to manage their periods. Instead, most girls use dried grass or rags to deal with their periods.

The company advocating practically for girls’ education in Ethiopia is called Dignity Period. Its founders are Dr. Lewis Wall and his wife. The company receives its products from the Mariam Seba Sanitary Products Factory, which is run by Freweini Mebrahtu. Mebrahtu designed a fully washable pad that can last up to two years and costs around ninety percent less than a year’s worth of disposable pads. The pads have cotton linings and waterproof backings, and they are secured to underwear with a small button and come in a discreet package that folds securely to keep them clean. Mebrahtu claims that in Ethiopia, most girls do not speak of their periods because it is considered a taboo subject and is particularly shameful.

Not only does Mebrahtu run the factory that produces these reusable pads, but she also educates students on women’s menstruation. Her goal is to defeat the stigma around a women’s period so that girls can feel comfortable and safe about their bodies’ natural processes. Mebrahtu also educates boys for this reason. She holds an educated gathering of students at school where she teaches boys and girls about the naturalness of a woman’s period. Afterward, Mebrahtu teaches individual girls how to use the pads and keep themselves clean during their periods.

Changing the ways in which society thinks about a woman’s period is how Dignity Period is influencing girls’ education in Ethiopia. Mebrahtu wants girls to no longer feel ashamed about their body’s natural processes and to give them the freedom and ability to stay in school and be able to achieve their dreams.