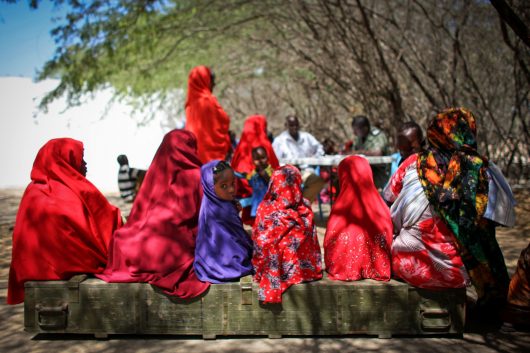 At then end of June this year, the Ministry of Education in Burundi decided to ban pregnant girls and teenage fathers from attending school. Girls have always been treated unfairly in comparison to boys when it comes to education, and this new ban is just another example. Although the ban feigns equality by giving teenage fathers the boot: the solution is faulty.

To begin with, all children deserve the right to education and should not be denied it on the premise of pregnancy. Secondly, there is no access to a reliable method to establish a teenage boy’s paternity. The ban is inherently biased against girls because they cannot hide their pregnancy. Since teenage pregnancy is an issue, girls’ education in Burundi will be affected by this restriction because fewer girls will be able to attend school.

The impact of this new law has the potential to be irreparably damaging, as 11 percent of girls between the ages of 15 and 19 in Burundi are sexually active. Additionally, 40 percent of victims of sexual or physical violence in Burundi are teenage girls. There is simply no way for the Ministry of Education to police sexual violence in order for it to entirely stop affecting girls of school-age. The ban does nothing but punish girls for a situation they have no control over.

Other countries such as Morocco and Sudan have also taken measures in an attempt to prevent premarital sex. The laws they have in place allow young girls to face criminal charges for adultery and extramarital sex. They can also be expelled from school. Officials have stated the laws are necessary to punish girls for “moral failures.”

Poverty and Girls’ Education in Burundi

Burundi is one of the poorest nations in the world, with 65 percent of its population living below the poverty line. Living in a low-income region already is detrimental to girls’ education in Burundi. Girls’ families often cannot afford school supplies and the quality of education is not good either.

The last thing girls need are more roadblocks to getting their education. The new ban on attending school while pregnant perpetuates stigmas and isolate young girls socially. These girls are often already financially disadvantaged and ostracizing them from the school system puts them in a much less supported and dangerous place.

Some countries have policies that allow girls to re-enter school after being expelled. However, it is common for these systems to have many deterrents for girls to actually re-enter. Medical exams and an extended maternity leave are just a few examples.

After a young girl has been ostracized and humiliated, it is unlikely she will want to return to pick up from where she left off. The re-entry programs make the system seem a little more humane. But when thought about realistically, they probably will not provide girls with more opportunity.

Girls’ education in Burundi has a long way to go after the passing of this law. Surpassing financial obstacles in an impoverished country to get an education is hard enough on its own. Girls should not have to live in the fear of losing their shot at getting an education because of a situation that they are not responsible for.