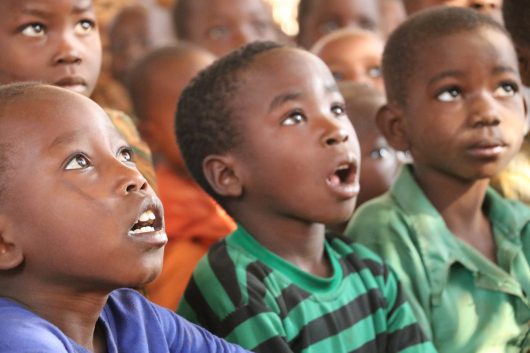 Burundi relies heavily on foreign aid and what is not coming in cannot possibly go out. At the close of last year, the president of Burundi announced the budgetary conditions for the upcoming year, and all sectors would be receiving a large cut. The Ministry of Education was reduced by one-third, with water/sanitization and human rights services closely following. The Ministry of Health would also have to operate with half of its previous budget.

It is not just the availability of education in Burundi that affects a child’s capacity to learn and function, all of their basic needs must also be met in order to contribute to their growth. Toward the end of last year, the number of children suffering from severe malnutrition in Bujumbura doubled within less than three months. The city is in strife, abreast with political unrest, making the streets unsafe for children, leading to an increase in Burundian’s seeking asylum in neighboring countries.

Although UNICEF provides school supplies, manages grants and other forms of relief in Burundi, they have also implemented a number of other programs for the advocacy and safety of Burundian children.

Partnering with Handicap International, a program called “Zones of Peace” was launched in Bujumbura, where teachers received specialized training to help children cope with the psychosocial effects of living in turbulent conditions. UNICEF also mediated with organizations in Tanzania to provide a way for Burundian refugee students to take their 9-10 grade exams, without jeopardizing their safety.

The safety and education of Burundian children are UNICEF’s top priority, especially lone male children that are being targeted and forced into jail. In response, UNICEF and the Office of the United Nations High Commissioner for Human Rights have fought rigorously for their release and opened two re-education centers to house the previously detained children.

The majority of imprisoned children are held in adult prisons, where they are at risk for abuse and are malnourished during their confinement. The re-education center is a safe haven for the children to receive needed counseling, nourishment, legal services, education and reintegration back into society. These centers hope to remove the stigma that often accompanies incarceration and to return educated, mentally well young adults into society.

UNICEF’s efforts to provide safety and the education of Burundian children does not stop at the re-education centers. On Aug. 1, 2016, in conjunction with Burundi’s Ministry of Education, UNFPA, WFP and the United Nations Volunteers, they have opened 20 summer camps in Bujumbura. The goal of these camps is not only to allow the children a safe place to join in recreation but also to provide them with life skills, education, as well as enhancing non-violent communication and interactions.

The road towards achieving stability for Burundian children, with reliable access to education, is wrought with challenges, but through the unrelenting efforts of UNICEF and co-sponsoring organizations, one thing Burundian children have is hope.