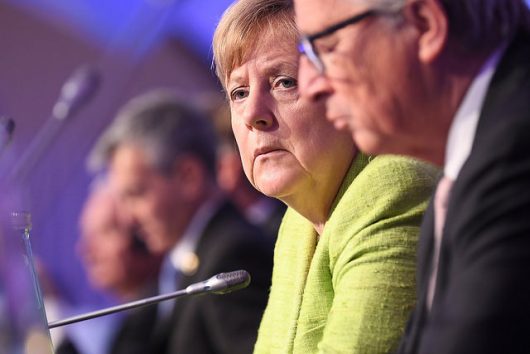 Globally known for its engineering prowess and beautiful landscape, Germany lies in Western Europe and is undeniably one of the world’s superpowers. Although the country has experienced economic success over the past two decades, there are an unexpectedly large portion of people living below the poverty line. In fact, in 2015 the Germany poverty rate reached previously unseen levels of 15.7 percent of the population living in poverty.

Germany’s thriving economy is the fourth-largest in the world and has continued to grow with the success of its many companies, notably including Siemens Group, BMW and Volkswagen. There was even a 1.7 percent increase in GDP from 2014 to 2015.

This obvious economic development, however, has not had the expected effect of reducing poverty. The welfare organization Paritätische Wohlfahrtsverband reported an uptick in the Germany poverty rate as well as a surge in the rate at which poverty is increasing. The poverty rate in Berlin rose from 20 percent to 22.4 percent from 2016 to 2017. In fact, in 11 of the 16 German states, the number of people living in poverty has increased from the past year.

Single parents and their children are heavily affected, as 43.8 percent remain below the poverty line. Also, many of those who immigrate to Germany do not have access to a stable source of income and consequently live in poverty. Over a third of foreigners are affected by poverty. Old-age poverty has also significantly risen, with a 5.2 percent increase from 2005 to 2015, and it will only continue to rise due to the spread of job insecurity.

Even in the face of lower unemployment, Germany’s poverty rate has not decreased. This may be due to an unequal distribution of resources and wealth. The rich are getting richer while the poor are not necessarily getting poorer, but are increasing in number. The number of millionaires increased from 12,424 to 16,495 from 2009 to 2016. However, the number of homeless also increased by more than 100,000 between 2008 and 2014, and 4.17 million Germans are in serious debt.

Additionally, while the national average pay has increased by 10 percent, wages for lower paying jobs have not increased along with them. The pay for managers has also increased by 30 percent in the last 15 years, which is four times faster than wages. Thus, the problem may lie in the inadequate support of those in poorer social groups.

The booming economy may create new jobs, but these jobs pay so little that people are not able to live above the poverty line even with a stable job. Too many people work part-time jobs that don’t allow them to make ends meet. To help remedy this lack of well-paying jobs, Germany has agreed to increase its minimum wage by four percent in 2017. While the advantages of a higher minimum wage are highly debated, low-wage workers will potentially have the chance to finally climb above the poverty line.

Germany is undoubtedly one of the world’s most influential and powerful countries, but it has much work to do if it wishes to dramatically lower its poverty rate. A few examples of potentially beneficial policy actions include more emphasis on promoting the education of children from low-income areas, more targeted taxes on the rich to help redistribute wealth, financial support for single families and poor pensioners and an overall higher priority placed on combating rampant poverty.