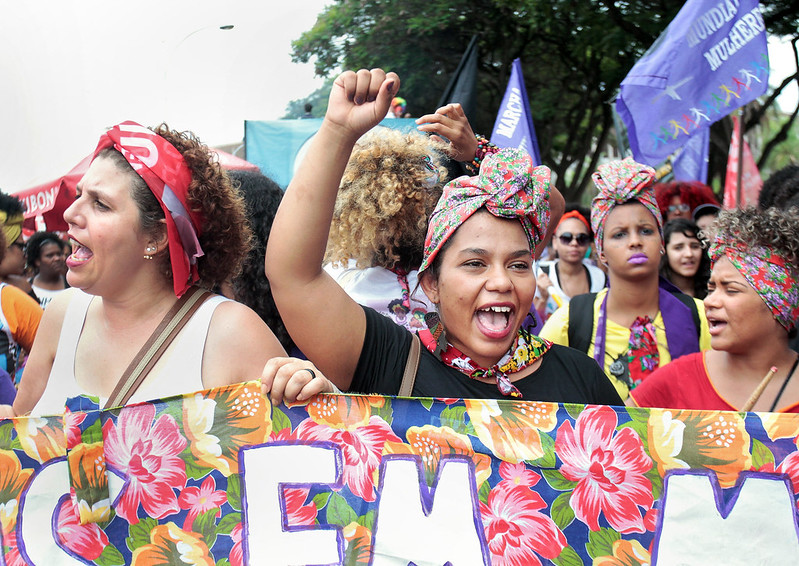 Despite having the same legal rights as men, Brazilian women continue to fight for equality in the workplace. The gender wage gap in Brazil is one of the largest in Latin America, and women earn an average of 30% less than men.

Today, societal norms and the lack of gender representation in Congress contribute to this gap. As a result, the pay gap affects minority women the most and they earn approximately half the wage of the average white man. Despite the pay gap between women and men, Brazil has made advances toward gender equality in the past few decades.

According to the International Labor Organization (ILO), 78% of men hold jobs in comparison to 56% of women in Brazil. Yet, the majority of women in the survey said that they would prefer a paid job to staying at home.

In Brazil, most women have access to the same educational opportunities as men. However, their degree does not necessarily translate into a higher salary. For example, women account for more than 60% of the workforce with college degrees. However, they receive 36% less pay than men with college degrees. Therefore, the gender wage gap in Brazil impacts women of all educational and economic backgrounds.

Traditionally, Brazilian culture expects women to stay at home while men support the family. As a result, women who break cultural norms by working outside the home find it difficult to establish successful careers. Though women make up roughly half of the workforce in Brazil, only 16% of companies have a female CEO and less than 20% of women hold middle management positions. These statistics illustrate Brazil’s well-established social hierarchy where women rank second to men.

Women’s underrepresentation in Congress also allows men to hold the majority of political power within the Brazilian government. Women held fewer than 15% of Congressional seats until 2018. The male-dominated Congress failed to pass legislation that would address the gender wage gap in Brazil. Even though women have held 30% of Congressional seats following the 2018 election, women still experience stigma for challenging cultural norms.

The gender wage gap in Brazil affects women of all socio-economic backgrounds. In 2015, Afro-Brazilians made up 76% of the lower class, and only 17% was among the country’s richest 1%. Even more, minority women with secondary education earn less than their white counterparts with the same qualifications, showing how the wage gap adversely affects minority women.

Local organizations are actively working within the Brazilian community to bridge the gender wage gap. For example, the Associação the Comunitária dos Moradores de Mandassaia (Community Association of Residents of Mandassaia) promotes gender equality by empowering women in the small town of Mandassaia, Brazil.

Mandassaia is a rural town where job opportunities are scarce. Typically, Mandassaia women work in sugar cane fields or stay home to raise their children. In 2017, the Community Association of Residents of Mandassaia partnered with the National School Feeding Program to help a small group of women profit off of Mandassaia’s sugar cane production. The Program teaches women cake baking and jam production so they can make money selling baked goods. Through the Community Association of Residents of Mandassaia, these women were able to increase their income by 425% and earn a livable wage.

Mandassaia’s bakers now have a community farming seal, which allows them to expand their business and provide more job opportunities for women. By helping women become financially independent in local communities, the Community Association of Residents of Mandassaia is reducing the wage gap in Brazil.