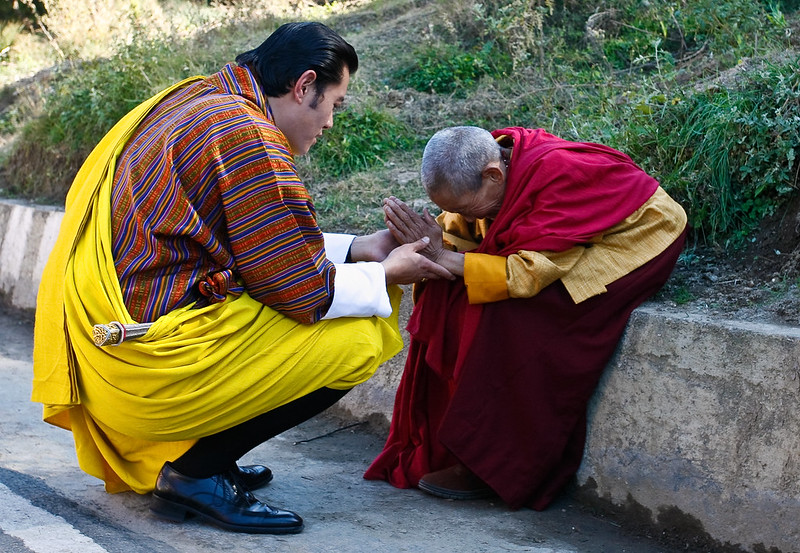 COVID-19 vaccination in Bhutan began in March 2021. The long-term impact of COVID-19 remains limited to an economic slowdown from the country’s lockdowns. This is allowing the government to smoothly pivot to its long-term recovery goals.

Bhutan’s citizens are responsible for the global pandemic’s minimal impact on the Bhutanese population’s health. There was a consistently high amount of attention toward preparing response efforts. A high level of lower-income communities in Bhutan’s outskirts has expressed the country’s willingness to help its worst-off endure the crisis.

COVID-19 and Vaccinations in Bhutan

Reuters’ COVID-19 Tracker and its latest data from July 8, 2021 indicate that Bhutan’s infection rate stands at an average of 21 new cases each day. Broader statistics are a testament to successful containment efforts. The relatively small country’s 763,000 citizens boast a mere 2,249 infections and only one fatality. Meanwhile, vaccination rates trend at 92 doses per day. However, this is because the Bhutanese government already distributed its vaccine stockpile to an overwhelming majority of its citizens.

As a nation that uses the philosophy of “Gross National Happiness” as a guide, a ready amount of native volunteers answered the call to bring vaccines to those in need. Avoiding a national health crisis means enduring an economic slowdown. However, Bhutan’s most vulnerable citizens can expect a consistent level of support while recovery continues. A hallmark of this success is its sheer rapidity. For example, “…within two weeks, it had reached more than 90% of the adult population eligible for vaccination,” observed The Lancet in its retrospective on how COVID-19 vaccination in Bhutan led to distributing the first of two doses.

Bhutan did not receive its total Covishield supply all at once. The first shipment of aid from India arrived in the form of 150,000 doses on January 20, 2021. Rather than delivering vaccinations in a staggered fashion as new doses arrived, the Ministry of Health selected March 27, 2021 to begin distribution due to the day’s astrological significance.

This decision left enough doses available to completely sidestep the issue of managing a chain of priority groups for the first wave of COVID-19 vaccination in Bhutan. Combining this with a willingness to confront the challenges of shipping Covishield to rural areas resulted in poorer communities facing relatively insubstantial delays.

While the practical hurdles of COVID-19 vaccination in Bhutan stem from its public servants’ sound preparation, the dearth of registrations is a credit to the government’s ability to mobilize its population. In this respect, further Ministry of Health action in the two months before March 27, 2021 encompassed a campaign to invigorate national spirit concerning the vaccine.

Aside from the publicity of choosing to begin distribution on an auspicious day, The Lancet reports on a series of regular broadcasts by Prime Minister Tshering to provide facts on the vaccine and ward off misinformation that could increase hesitancy to register. “It helps in making rational and well-informed decisions when you have in-depth knowledge of the subject yourself,” says Health Minister Lyonpo Dechen Wangmo on his government’s attention to keeping medical expertise at the center of its strategy.

Now that the immediate danger of an unvaccinated population has passed, the long-term benefits of resolving this crisis are apparent. Despite what the Bhutan Times characterizes as “challenging circumstances” over the course of 2020, it nonetheless describes progress toward achieving its development goals as “tremendous.”

A series of initiatives with the United Nations illustrates an optimistic attitude for the future as the economic climate slowly becomes more conducive to attracting young and newly enfranchised demographics to growing sectors of the economy. Plans are in development to a self-sufficient agricultural sector in line with 2030’s Sustainable Development Goals (SDGs), with the pandemic’s economic impact doing little to slow Bhutan’s process of positive systemic change.