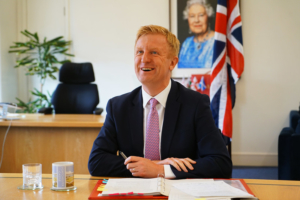 G7 is an organization comprised of seven of the world’s most advanced and powerful economies: the United States, Canada, France, Germany, Japan, Italy, the United Kingdom and the European Union. The leaders of these nations recently came together to announce a new G7 partnership for global infrastructure and investment. The partnership will include a funding program of $600 billion with a focus on improving global infrastructure, medicine and technology. This international funding partnership is promising to improve the lives of millions, especially in the world’s impoverished and developing nations.

In 2021, at the G7 summit, President Biden announced a plan to enhance the economic and infrastructure needs of developing nations, as well as support the economies of the United States and its allies. This initiative was part of Biden’s Build Back Better plan.

The collaboration will officially launch the Partnership for Global Infrastructure and Investment (PGII). This should strengthen and diversify the supply chain, as well as improve the quality of life for millions of people in developing countries. The United States will contribute $200 billion over the course of five years, The White House reported. This makes it one of the most extensive contributions to low-income and developing countries in recent years, especially after facing global economic setbacks from the pandemic.

Some of the projects cited in the initiative are an industrial mRNA vaccine plant in Senegal, solar projects in Angola, a sub-sea cable linking South Asia and Europe, a linking port from Christmas Island and a modular nuclear reactor plant in Romania.

The G7 partnership for global infrastructure and investment is in part motivated by the United States and other economic powerhouses’ desire to compete with China’s Belt and Road initiative. China’s infrastructure initiative focuses on road transportation, bridges and mining, which economists estimate to cost $1 trillion.

In the G7 funding program, Biden references a wider range of goals including clean energy, gender equality, health care and communication technology. President Biden and the other G7 leaders are hopeful that the new G7 funding program will have a more direct positive impact on the lives of the impoverished, the global economy and the climate, The Guardian reports. Prior to the G7 summit, the United States, the European Union, the United Kingdom and Japan had each announced their individual global infrastructure investment plans.

In November 2021, President Biden met with multiple world leaders to ensure their plans could cooperate to create a more powerful global investment plan that would have a greater impact, according to The Guardian.

The G7 Partnership for Global Infrastructure and Investment marks one of the most cohesive and extensive international investment plans in recent years. The PGII will support the clean energy initiative, U.S. national security and digital infrastructure. This initiative could offer relief to the 689 million people living in extreme poverty.

The COVID-19 pandemic has pushed the poverty rate up to 9.1% in 2022 from 7.8% in 2019, signaling a dire need to support people in developing nations by offering them improved digital communication, access to medical supplies and health care, emergency COVID-19 relief and economic support. President Biden asserts that the United States’ partnership with G7 could change millions of lives across the world and the global economy could experience some relief after the pandemic.