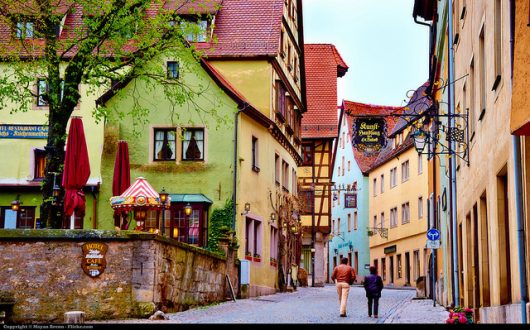 When one thinks of Germany, poverty doesn’t usually come to mind. But there are indications that poverty in Germany is a looming threat for the country of over 80 million. The influx of migrants in the past couple of years may provide a solution for the country’s low-wage labor market and the aging population.

Similarly, the Bertelsmann Foundation, the largest private foundation in Germany, published a study in October 2015 which revealed that 19.4% of Germans under the age of 18 are at risk for poverty and social exclusion. This is the case because even though the country’s youth unemployment rate, at 7.7%, is the lowest in Europe, 40% of young people toil at low-wage service industry jobs.

This concept measures the amount of money needed to sustain future payments promised by the government. In 2013, Germany’s was 237% of its GDP, which translates to nearly 6.5 billion euros.

The Sustainability Gap is a Result of Changing Demographics

With the help of migration, however, the gap can be reduced to 217%, according to research that Dürr cited.